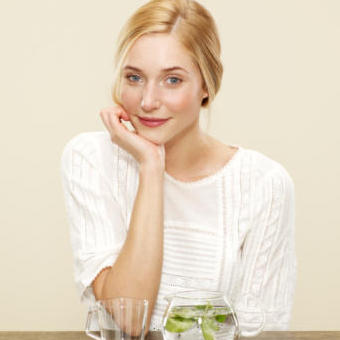 Thinking about doing a detox diet after a period of too much junk food and drinking? Fans of detoxing say it removes harmful toxins from the body and boosts energy. Doing a detox usually involves making changes to your diet, such as fasting or cleanses, to ease the stress on the liver and colon. Consult a naturopathic doctor before doing any cleanse or fast to ensure that it’s safe for you.

• Master cleanse Also known as the Lemon Detox Diet, the Master Cleanse has been around for decades. It involves drinking a mixture of maple syrup, lemon juice, water and cayenne pepper from six to 12 times a day and not eating anything else. You also take laxatives for the duration of the Cleanse, which is typically 10 to 20 days.

• Juice fast On this type of detox diet which usually lasts one to three days, you drink 32 to 64 ounces of raw fruits and vegetables in juice form and drink water but you don’t eat anything else. Proponents say juice fasts are rich in vitamins and antioxidants.

Detox therapies
• Colonic irrigation Also known as colon hydrotherapy or colon cleansing, this detox therapy involves the injection of water into the colon through the rectum to flush out the bowel. Proponents say colonic irrigation removes toxic waste from the bowel, which improves functioning, and revitalizes the immune system, among other health benefits. However, there can be adverse side effects, such as infections from contaminated equipment, bowel perforation (breaking the bowel wall) and even death. People with certain health conditions, such as Crohn’s disease or ulcerative colitis are among those who should not use colonic irrigation.

Detox controversy Some health experts say detoxing isn’t necessary because the body already removes toxins through organs including the liver and kidneys. There’s also a concern that fasting or detoxing can lead to nutritional deficiencies and loss of muscle mass; with less muscle mass you’ll burn fewer calories so once you’re done fasting you may actually end up gaining more weight. If you’re interested in weight loss, long-term solutions, such as increasing exercise and eating a healthy balanced diet, are likely healthier options.