COPD (chronic obstructive pulmonary disease) is a lung disease that is usually caused by smoking. 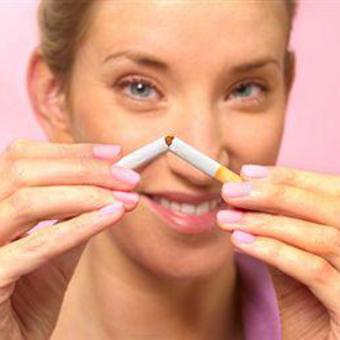 It damages the tiny air sacs at the tips of your airways, making it difficult to move air in and out of your lungs so it’s hard to breathe. Many people with COPD also have emphysema and chronic bronchitis. Over time, COPD gets worse and puts you at risk for other health conditions such as pneumonia, lung disease and heart problems.

COPD causes Cigarette smoking is to blame for about 80 percent of COPD cases. Second-hand smoke; breathing in air pollutants, such as dust or chemicals; having repeated lung infections in childhood; and a condition called Alpha-1 antitrypsin deficiency also cause the condition.

COPD symptoms Coughing up mucus is usually the first sign of COPD. Other symptoms include a long-lasting cough, shortness of breath, wheezing and chest tightness. People with COPD are more likely to get colds and flu.

COPD diagnosis/tests If you suspect you have COPD or are having trouble breathing, see your doctor who will give you a pulmonary function test to measure how well your lungs are working by measuring how deeply you breathe and how quickly you can move air in and out of your lungs. She may also order a chest X-ray which can show signs of COPD or order blood tests or a special test to analyze your mucus. Getting an early diagnosis is important because it’s harder to treat COPD at a later stage and by then you’ll experience more symptoms and lung damage.

COPD treatment There is currently no cure for COPD but it is treatable.

• Medications COPD medications, including antibiotics, steroids, medicines you breathe in with an inhaler, and oxygen, in more advanced cases, can help.

• Help Join a rehabilitation program to learn exercises and other strategies for managing COPD.

• Surgery People with serious COPD who haven’t done well with other treatments might require surgery, such as a lung transplant or a lung reduction operation.

COPD prevention By not smoking (or quitting if you do) and avoiding second-hand smoke and pollutants it is possible to protect yourself against COPD. If you have COPD, getting a flu shot and a pneumonia shot can help guard against developing complications.