Learn the signs of this under-recognized eating disorder. 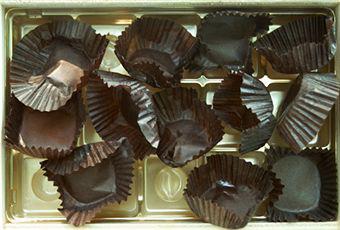 Bulimia nervosa is an eating disorder characterized by cycles of binging — eating large quantities of food in one sitting — and then purging — getting rid of the food by vomiting, using laxatives or enemas or exercising excessively to prevent weight gain. Like anorexia nervosa, this disorder stems from a desire to regulate feelings and concerns about body weight and shape, according to the National Eating Disorder Information Centre. Bulimia is very harmful to health, leading to dehydration and tears to the esophagus.

Bulimia causes More women than men have bulimia, and the disorder is most common in teens and young women. The cause of bulimia is unknown; however, factors such as genetics, family, society and trauma, among others, may play a role. Bulimia is generally due to more than one factor.

Bulimia symptoms People with bulimia tend to eat large amounts of food, usually in secret, and feel a lack of control about their eating. Because people with bulimia usually have a normal body weight, the disorder may go unnoticed by others. Symptoms include excessive eating, going to the bathroom right after eating and physical symptoms such as eroded tooth enamel, broken blood vessels in the eyes and cuts and calluses on the tops of fingers from self-induced vomiting.

Bulimia diagnosis/tests Do not try to diagnose yourself with an eating disorder. If you think you may be bulimic, talk to your doctor who may perform a physical exam, blood and urine tests and a psychological evaluation to determine your attitudes toward food. With a suspected eating disorder, she may also want to do an X-ray to look at your bones and an electrocardiogram to check for heart irregularities. She’ll be checking to see if you meet the criteria for bulimia outlined in the Diagnostic and Statistical Manual of Medical Disorders (DSM), which include repeated episodes of binge eating that occur at least twice weekly for at least three months, among others.

Bulimia treatment The most effective treatment for this disorder depends on the severity of the bulimia but may include support groups for people with mild bulimia and no other health problems; cognitive-behavioural therapy and nutritional therapy to address the bulimic’s thinking and attitudes about her weight and establish healthy eating habits; and medications such as antidepressants, which are typically prescribed in combination with therapy.

Bulimia prevention It may not be possible to prevent bulimia but if you suspect you might have a problem, seeking treatment early on may help keep the disorder from progressing and prevent long-term health problems.