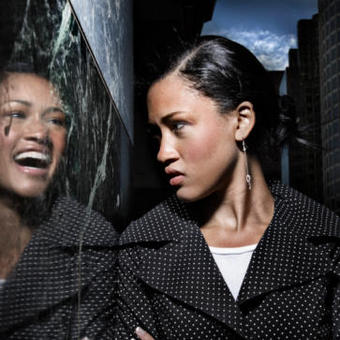 Bipolar affective disorder or manic depression is a mental illness with extreme mood swings, including depression and mania. Approximately one to two percent of the population will experience a bipolar affective disorder, according to the Canadian Mental Health Association. Sufferers may plummet from a high or euphoric state, where they feel like a superwoman in terms of energy, creativity and capabilities, into a period of despair where they may feel suicidal. Bipolar affective disorder usually begins in early adulthood (ages 18 to 24) but can start later in life. People with the condition are more likely to have a substance abuse problem such as alcoholism.

Bipolar affective disorder causes While anyone can develop this disorder, it tends to affect sensitive creative types who are high achieving perfectionists. A person’s genes, personality and environmental causes, such as a divorce or death of a loved one) may contribute to depression or manic states.

Bipolar affective disorder symptoms Typically bipolar affective disorder starts with a period of mania or elation which is then followed by a depression or low mood. During the manic state, a person who is bipolar may experience heightened energy and a decreased need for sleep; racing thoughts and a flurry of ideas; poor judgment and an increased sex drive. During the depressed mood, symptoms include low energy; sleep problems; low self-esteem; irritability and anger; and feeling like a failure. The frequency of these episodes varies from person to person. In between episodes, there may be a normal or balanced period.

Bipolar affective disorder diagnosis/tests There’s no single test to determine if you have a bipolar affective disorder.  See your physician who will likely refer you to a psychiatrist for an assessment. She’ll take your history and make a diagnosis based on your symptoms. While it can be difficult to get a proper diagnosis, early diagnosis and treatment of the disorder is important to minimize its impact on your family and relationships.

Bipolar affective disorder treatment There is no cure for this disorder but it is possible to even out the highs and lows. Treatment usually involves a combination of therapies:

• Medications Mood stabilizers such as lithium and anticonvulsants may be helpful and are often used in combination with anti-depressants such as fluoxetine (Prozac). Anti-psychotic medications are used to control psychotic episodes. And anti-anxiety medications may help instill calm during manic episodes.