Find out who's at risk, why heredity plays a role, and how to best treat this mental health condition. 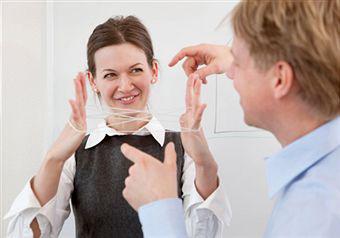 Have you got a rep for being lazy, unmotivated or disorganized? It’s possible that you’ve got Attention Deficit Hyperactivity Disorder (ADHD), a mental health condition that causes inattention, problems with impulse control and hyperactivity. It’s the most common psychiatric disorder of childhood, affecting between five and 12 percent of school-age children, and boys three times more often than girls. ADHD starts in childhood but may not be diagnosed until adulthood: at least 60 percent of people diagnosed as children maintain some of the main symptoms of ADHD into adulthood. The symptoms of Adult ADHD can create problems at work and in relationships. Sometimes a mom or dad doesn’t realize they have the condition until they have a child who gets diagnosed.

ADHD causes ADHD is often hereditary. People with ADHD appear to have less activity in the part of the brain that affects attention. Dopamine, the brain chemical that carries signals across the brain, may be decreased in people with ADHD. Childhood exposures to toxins, such as lead, may also contribute to the development of ADHD. Mood, anxiety and personality disorders sometimes occur along with ADHD.

ADHD symptoms They may include difficulty paying attention for a period of time, being easily distracted, trouble concentrating, a feeling of internal restlessness, or frequently losing necessary things. People with adult ADHD may also talk too much, experience mood swings and irritability, or have low self-esteem.

ADHD diagnosis/tests Talk to your doctor if you suspect you might have ADHD. She’ll conduct a physical examination and ask you a series of questions or give you a questionnaire to fill out to help determine if your symptoms could be caused by ADHD or another mental health disorder, such as an anxiety disorder, alcohol or drug use since symptoms of those can mimic ADHD symptoms. To determine if you had ADHD as a child, which is an essential part of diagnosing adult ADHD, your doctor may inquire about your childhood or want to see your old school records. To be diagnosed with ADHD, you must meet the criteria for inattention, hyperactivity and impulsivity, which is outlined in the Diagnostic and Statistical Manual of Mental Disorders (DSM).

ADHD treatment Typically ADHD treatment involves medication or psychological counselling or both, however, the best treatment is still up for debate. Stimulants are often prescribed to improve the symptoms of the condition and antidepressants are also sometimes used.