Is menopause causing your headache?

If your migraines are increasing in frequency and intensity, it may be a symptom of menopause. 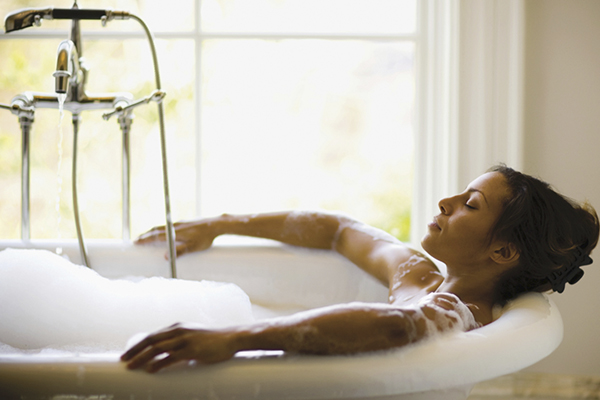 When it comes to migraines, women get hit especially hard. According to the American Headache Society, over 29 million women in the U.S. experience migraines. While migraines occur in women of all ages, the rates are highest in mid-life, around the time of perimenopause and menopause.

A 2014 study by the American Headache Society found that frequent migraines (10 days or more per month) are 50 to 60 percent more common in perimenopausal and menopausal women.

Here’s why your increased migraines may be a symptom of menopause.

Does Menopause Cause Migraines?
“Many menopausal women who already have migraines will see them get worse,” says Dr. Elizabeth Loder, chief neurologist of headache and pain at Brigham and Women’s Hospital in Boston. However, menopause doesn’t cause migraines, and it’s rare to see someone who has never had a migraine get one for the first time during menopause. It’s more that the body changes during menopause are a trigger for women who are already prone to migraines.

Migraines also tend to diminish or disappear after menopause. “Around age 40, over a quarter of women experience migraines,” says Dr. Werner Becker, a professor of clinical neurosciences at the University of Calgary. “By age 70, that number has dropped to 10 percent.”

The Hormone Connection
For many women, menstrual cycles have long been tied to migraines. Migraine onset is often more common around menstruation. Given that migraines tend to worsen before and during menstruation, it may seem paradoxical that when periods become irregular or absent during perimenopause and menopause, migraine headaches become more frequent. However, it’s the drop in estrogen that occurs leading up to menstruation and during menopause that appears to be a major trigger for migraines.

Other Menopausal Triggers
While hormonal fluctuations are a strong migraine trigger, they are only part of the problem. “Other things can influence migraines during menopause,” says Loder. Stress is a huge factor in menopausal migraines. There are a lot of changes going on in the body during menopause that can lead to increased stress. During one’s 40s, career and family stresses tend to be at an all-time high. This increased stress can have a huge impact on migraines.

Also, many women start to take new medications to deal with their symptoms of menopause. Some of these can trigger migraines as a side effect.

“It’s important to look at your lifestyle as a whole and not simply blame hormonal fluctuations for your migraines,” says Loder.

Migraine Treatment
When it comes to treatment, migraines should be treated the same way during menopause as they were before. “Preventive and treatment medications can help reduce the number and severity of attacks,” says Loder. You should also look at your lifestyle. Take steps to manage your stress levels, and get adequate sleep and exercise. “Supplementing with vitamins B2 and magnesium has also seen some benefits,” says Loder.

While hormone replacement therapy may seem like a logical choice, it’s not encouraged as a first step. However, if all else fails, you may want to speak with your doctor about levelling out your estrogen levels. Patches or gels are preferred over oral medication as they provide a more constant estrogen level in the blood.

Related: Do I have a migraine?