A year ago, Gaby Dunn sat down and made a list of 100 people she would like to talk to — from an anti-abortion activist to a transgender person to someone who had saved a life. 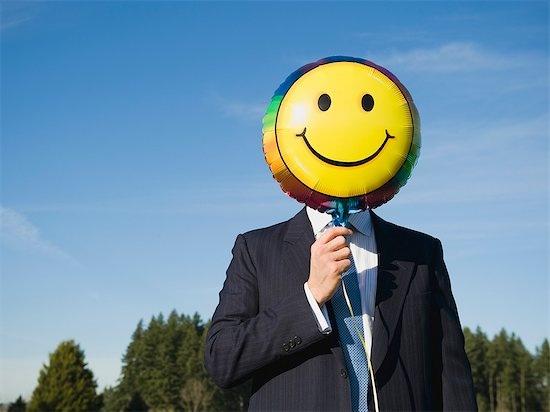 A year ago, Gaby Dunn sat down and made a list of 100 people she would like to talk to — from an anti-abortion activist to a transgender person to someone who had saved a life. Her project, 100 Interviews, was the result. Here, Dunn explains how talking to a wide spectrum of people changed how she thinks about happiness.

Q: Why did you start the 100 Interviews project?

A: After I had been working at a day job that had nothing to do with my major for about eight months, I went home to visit my family in Florida. I wasn’t thrilled with my job, and I missed working in journalism. At one point with my family, I complained, “I bet I could think of 100 stories I could have written for them if they had only let me!” And my dad said: “Well, why don’t you write those down?” So I did. I stayed up the whole night writing ideas of people I wanted to meet in a notebook on the floor. I realized that I didn’t need to sit around and wait to get hired by a big newspaper. The internet is completely free — I could just start a blog and write the stories that I wanted. I decided to make this a journalism project, with deadlines and goals. It would be more than just a blog about me.

Q: Was there anyone you interviewed who really challenged the way you think?

A: Sarina, the woman who pickets abortion clinics, had an impact on the way I think in the sense that I had all these preconceived notions of what she was going to be like, and she subverted all of them. I say in the piece that I’ve never liked anyone I disagreed with more. She showed me that it’s all too easy to write a group of people off as your faceless enemy without every sitting and talking with one. She was really open to discussion and though I will never agree with what she does, it was worth it to hear her out. You can’t ignore the people you disagree with, so you may as well open a dialogue. It’s better than shouting and never actually hearing each other.

Q: Was there anyone who made you think differently about what happiness means?

A: Quite a few of the people I’ve interviewed had difficult lives because of circumstances out of their control. Yet somehow, they still see the bright spots. The woman who spent time in jail fell in love with another inmate in a nearby jail through a pen-pal program, the young 20-something amputee loves video games and going out with her friends, the recovering heroin addict loves being a father and cheering on his kids. It made me realize that happiness is what you make it, as cliche as that sounds. These are situations where I always wonder how I’d ever make it through, and these people are sitting in front of me and they don’t see their problems as anything particularly special and noteworthy. It’s really humbling.

Q: Was there anyone who taught you how to live a happier life?

A: The Buddhist teacher (#2) was really insightful about the management and subjectivity of stress. He talked a lot about letting go of what we can’t control and focusing on what we can. It’s easier said than done, but there’s really no point in allowing negativity to fester. I struggle with being too critical and stressed out all the time, so to hear it from someone else who’s whole life revolves around creating inner peace, felt really fresh and necessary.

Q: Did you learn anything that has changed the way you want to live in a broader sense?

A: Jean-Paul Sartre is know for saying “Hell is other people,” but I think if we acknowledge that then we have to acknowledge that the opposite is true as well.  In that sense, 100 Interviews taught me that everyone has a story and that looking into the face of another person and hearing that story is an important part of my personal growth. I learned something new from every person I interviewed — big or small, famous or civilian. No one’s story was more important than anyone else’s. It taught me that even the most unassuming person could have a story that would shake my whole world. It really created this sense of awareness that I’m incredibly grateful for.