From Batkid to Chris Hadfield, see the stories that made us smile this year. 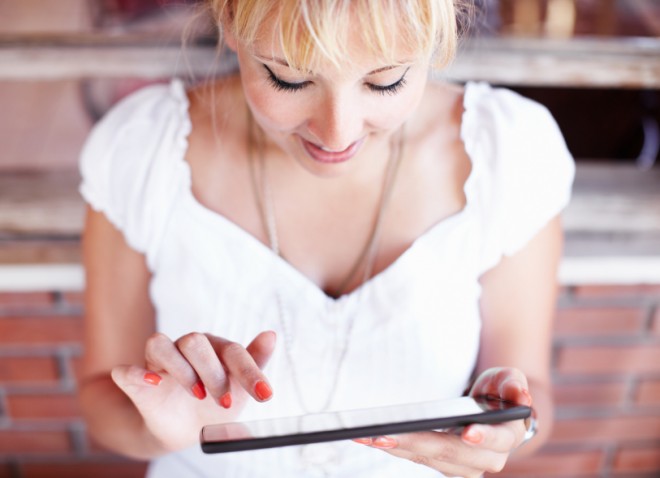 What news stories made you happiest this year? (Photo iStock)

This is one of my favourite stories to write all year. It’s nearing the end of December and so we get to look back at the year’s events and pick out exclusively our happiest stories of the years. With many contenders in the mix for 2013, here are our top 10 favourite happy news stories.

1. Batkid saves San Francisco
In November, five-year-old Miles Scott‘s Make-a-Wish Foundation dream came true when he donned a batsuit and battled crime around the city. His heroic efforts included rescuing a woman from cable car tracks and nabbing the villainous Riddler mid bank robbery. Even better was the support over the course of the day that Miles gathered — he became a social media sensation (search the hashtag #batkid for more), even receiving a supportive tweet from The White House. A crowd of thousands built up over the day to see this pint-sized, real-life superhero in action.

2. Jason Collins makes history
In April, basketball player and 12-year NBA veteran Jason Collins came out. The 35-year-old, seven-foot player was the first pro athlete in four major American sports leagues to announce publicly that he ‘s gay, setting himself up as a hero to many.

3. A king is born
Oh how we anticipated the marriage of Prince William to Catherine Middleton. Yet, it’s possible we didn’t truly understand the meaning of the word anticipation until this loveable royal couple became pregnant with their first child. And on July 22 the world welcomed Prince George Alexander Louis at St. Mary’s Hospital. The story only got better when the Duchess of Cambridge and Prince William emerged — post-natal baby bump and all — with Kate donning a light-blue polka-dot dress a la William’s mother Princess Diana.

4. Malala speaks out
The bravery on this girl continues to astonish us all. On October 9, 2012, then 15-year-old Malala Yousafzai was shot on a bus by Taliban gunmen after working extensively for the right of girls to have an education. It was in 2013, nine months after she was shot, and on her 16th birthday, when Yousafzai addressed the United Nations in a speech.

Wearing the shawl of former Pakistani Prime Minister Benazir Bhutto (who was assassinated in 2007), she continued to press for free education for everyone proclaiming that the only thing changed was that, “weakness, fear and hopelessness died. Strength, fervour and courage was born.”

5. Alice Munro wins big
In October, this Canadian author found out she was the first Canadian woman to win the Nobel Prize for literature. It was an especially sweet win on the heels of David Gilmour’s ignorant words barely a month earlier. The University of Toronto professor said that he only teaches books by “serious heterosexual guys” and barely includes female writers in his course. Your loss David.

6. Three Ohio women are found
It’s hard to get past the tragedy in this story but, after being held captive for 10 years, Amanda Berry, Gina DeJesus and Michelle Knight were found alive this past May. Berry, who broke free from the house they were being held in, sought help from a neighbour (who became a sensation all his own). News that Berry and DeJesus will be publishing a tell-all of their time in captivity has also been confirmed.

7. A baby is cured of AIDS
In March, news broke that an infant, born to a mother with HIV (who wasn’t diagnosed until she was in labour), had essentially been cured of the virus. The child, who was two-and-a-half at the time, had been without HIV medication for a year and the prognosis was looking good thanks in part to early intervention. AIDS researchers welcomed this news in hopes that it leads a path to rid HIV infection in children, specifically in African countries where a high number of infants are born with AIDS.

8. Ontario gets a new premier
Like her politics or not, in February, 60-year-old Kathleen Wynne was sworn in as, not only Ontario’s first female premier, but also its first openly gay premier following the resignation of Dalton McGuinty.

9. The world welcomes a new pope
In March, the world waited (and waited) for the white smoke signifying the election of the 226th pope — Jorge Mario Bergoglio (Pope Francis). It was reported in the Globe and Mail that he’s, “the first non-European pope in 1,200 years, the first from the Americas, the first from the Southern Hemisphere and the first Jesuit.” Time named him Person of the Year and he won the hearts of many by donating gifts to the poor of Rome and comforting a disfigured man.

10. Chris Hadfield heads to space
Speaking of beloved men, in March astronaut Chris Hadfield became the first Canadian to head up the International Space Station. While working on the ISS for five months, the 54-year-old entertained us on earth by tweeting pictures (he has more than a million followers), conducting sing-a-longs with schoolchildren and performing David Bowie’s Space Oddity (natch). His book An Astronaut’s Guide to Life on Earth is out now.

What’s your favourite news story of 2013? Tell us in the comment section below.