Who should get vaccinated first 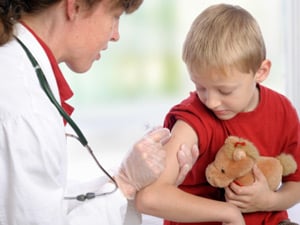 Since we published our H1N1 guide – “Everything you need to know about H1N1” – in the November 2009 issue, the Public Health Agency of Canada has confirmed that the H1N1 vaccine will be ready by November. However, the government has yet to issue a set of guidelines as to who should be first in line to receive it.

Fiona Smaill, an MD and infection expert at McMaster University in Hamilton, suspects that a priority list, once established, will mirror that of the U.S. Centers for Disease Control (CDC). That list outlines the following target groups:

“First Nations people are another group who are at higher risk for H1N1,” adds Smaill. But while these target groups should receive the vaccine as soon as it becomes available, that doesn’t mean everyone else is off the hook.

“We have a responsibility to ourselves but also to our communities,” says Smaill. “While you may not fall into one of those vulnerable groups, you may come into contact with someone who has a compromised immune system or a new baby.” For that reason, she recommends that everyone get the H1N1 vaccine as soon it becomes widely available.