Getting my feet wet: My triathlon challenge

I've established one crazy goal: complete a triathlon. And I've identified a major impediment to that goal: the fact that I've never learned to swim. The next step is clear as tropical water: learn to swim, woman! 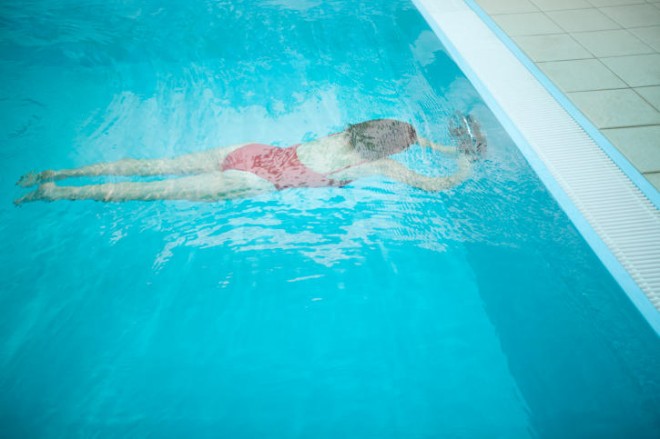 I’ve established one crazy goal: complete a triathlon. And I’ve identified a major impediment to that goal: the fact that I’ve never learned to swim. The next step is clear as tropical water: learn to swim, woman!

I waste no time. Within days of discovering and embracing my newfound goal, I head to the pool. It is a chilly late-summer morning and I’ve enlisted the help of a friend who — once upon a time — was a competitive swimmer. When I explain, simply, that I would like to learn how to swim the crawl stroke, she is kind enough not to ask questions. (Mentioning “triathlon” in the same breath as “learning how to swim” seems more than a tad audacious; cart, meet horse).

My friend agrees to help, and we arrange a time, and all too quickly the time comes. The alarm rings (it’s early), and I hop out of bed, and the air is chilly, but I have no time to fret, because my friend is waving from the sidewalk in front of my house. I heft my backpack, and we are cycling to the nearby outdoor pool, and changing into our suits, and walking barefoot toward the chlorinated water, and there is no turning back.

Deep breath. There is no turning back.

I slip into the shallow end, shivering. It seems impossible that I am here, willingly — that I have signed myself up to try something so completely new, and at which I am almost certain to fail, at least in the short-term — as in right about now. (The feeling of disbelief will become familiar, in the months to come).

My friend matter-of-factly asks to see my strokes. Oh? More than one, you mean? To be perfectly honest, up until this very moment, I’ve always said, “I don’t know how to swim,” only half-jokingly. After all, I can tread water and paddle around and duck my head under like a dolphin.

Which is immediately obvious as I make an attempt. A few metres on and I’ve bucked myself upright in a spluttering panic. The messages firing in my brain ring like desperate emergency commands: Face in water! Cannot breathe! Arms flailing! Sinking like stone!

My friend fetches a flutterboard. I practice putting my face in the water. It’s true. I have to practice this. I practice with face in water, then turning to breathe. I begin to feel deep empathy for my children, who have been subjected to these demands for years. This is so hard. Viscerally, my body does not like having its access to oxygen blocked off, even temporarily. Anxiety rises. Plus, I’m kicking like a furious toddler and getting approximately nowhere.

By the end of the lesson, I am worn out, breathing heavily, and seriously humbled. But oddly, I am not discouraged. I’ve gotten my feet wet, and my head, too. This is only the beginning.