Getting in the best shape of your life

I’m closing in on 44 pretty fast, and I am not yet in the best shape of my life. I think it’s going to be a few more years when I peak; I’m planning to do an Ironman triathlon – just one – and then I’ll fight a valiant delaying action against age. If I live to be a hundred, then I might start easing off. 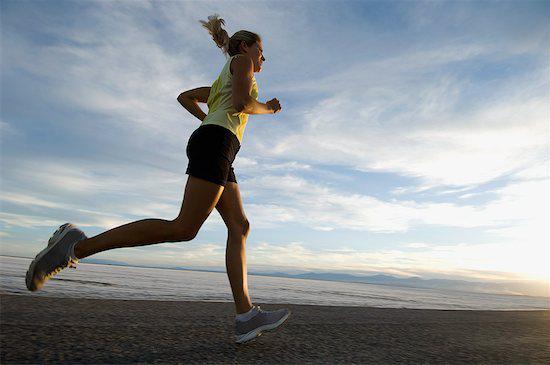 I’m closing in on 44 pretty fast, and I am not yet in the best shape of my life. I think it’s going to be a few more years when I peak; I’m planning to do an Ironman triathlon – just one – and then I’ll fight a valiant delaying action against age.

If I live to be a hundred, then I might start easing off.

It’s funny how I hear these stories of former couch potatoes who find their exercise passion and then transform into workout warriors. I was one of those examples of a guy who hated physical activity and now I’m actually pretty good at it.

But not as good as Kathy Martin, who was recently profiled in the New York Times. This is a pretty long but very inspiring story that I strongly recommend you read. Kathy started running when she was 30, and just like me, she was terrible at it.

And now, at 60, she has broken all kinds of world records for her age group. She can run a lot faster that I can, that’s for sure.

When you read the story you’ll find that she followed the approach that I always recommend, which is incrementally pushing short-term goals. When she started she couldn’t even run a mile, and now she’s not just super speedy at short distances, but logs some really impressive marathon times.

My hero Jack LaLanne always said that it is never too late to get started with exercise. You can spend the next decade slowly deteriorating and getting ten years closer to death, or you can decide that it’s time to kick some ass.

Here is a great quote from the article:

“Recent medical research shows that many of the ravages of aging are not so much inevitable as voluntary.”

And another good one:

“Earlier expectations of physical deterioration were based on studies of sedentary people.”

On page four of the article they make reference to 92-year-old Ralph Maxwell, who was named 2010 Male Master Athlete of the Year by USA Track and Field. By the way, he didn’t start getting in shape until he was 74. Now he sets world records in his age group.

How is this for a great quote from Max: “I’d never hurdled until I was 88, and the first time I did it, I set a world record.”

I don’t think I’m ever going to set any world records, not even if I wait 50 years to get into an advanced age class. Still, I think I’m doing pretty well compared to my athletic peers. A few weeks ago I ran my first ever marathon. There were about 23,000 of us at the start, and 18,856 crossed the finish line. Out of the finishers I came in 2,107. I figure top 11 percent out of people who can finish a marathon is pretty good for a first try.

But it was 18 years in coming. That’s how long it’s been since I got off the couch and first started working out, and I’m still getting faster and more ambitious. I’m thinking I can qualify for the Boston Marathon when I turn 45 next year, which will involve shaving 27 minutes off my time.

And that’s what this whole post is really about. When it comes to getting in the best shape of your life, you never know what you’re capable of unless you try. So set some ambitious goals, and start chasing them.