Back in university I had a boyfriend who left me with a little something. No, not that kind of something. 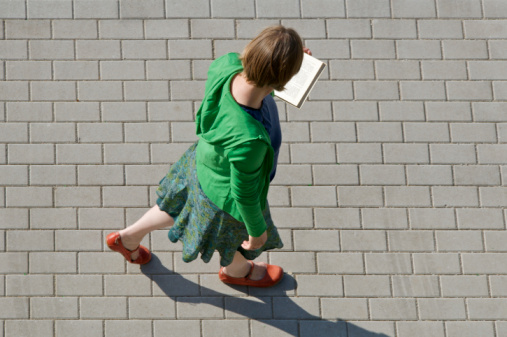 Back in university I had a boyfriend who left me with a little something. No, not that kind of something. Nope, instead it was a theory and one I have to say I still occasionally mull over. His thinking was that the more cluttered and messy the room, the more clear minded and mentally sound the person. And the more organized and neat the person was, the more cluttered and messy their mind was. Now, being on the more organized and neat side of life (and he on the cluttered and disorganized side), of course I argued with his theory thinking that the opposite was in fact true—the messier the room was, the messier the mind was.

That theory came back to me today as I came across this unrelated-but-in-the-ballpark study from Matthew Killingsworth, a Harvard University doctoral candidate. He conducted a study that concluded the more focused the mind is, the happier we are as a person. Killingsworth orchestrated the study, which appeared in the Nov. 12 issue of Science,  through a ‘Hap Ap’ (i.e. a iphone Happiness application). In total, he followed 2, 250 subjects with the application, which regularly drilled them with a number of questions such as what were they doing, how were they feeling and if they were thinking about something other than what they were supposed to be doing, say working on a report. The conclusion noted that 47 per cent of respondent’s hours were spent with wandering mind. So, you’re supposed to be working on a report, but can’t push that fight with your husband out of your mind, this weekend’s family dinner that you’re supposed to cook and whether you can squeeze in a run tonight. Sound familiar?

Thankfully, the reports notes that the only task people managed to stay focused on (except for about 10 per cent of respondents) was having sex, and that people noted they were happiest when they were doing that along with exercising or talking with people. They reported being most unhappy at rest time, working or at home on their computer.

Strike a chord? Now maybe you’re the kind of person who’s chronically unfocused. If so, you might want to check out this article from Psychology Today magazine which addresses how to live in the moment. And if you’re curious and want to know more about the Hap Ap, check out Killingsworth’s site.

Meanwhile, I’m off to straighten out my office…