Are you searching for happiness and coming up empty? Maybe you’ve just been looking in the wrong places. Here are some common happiness traps to avoid 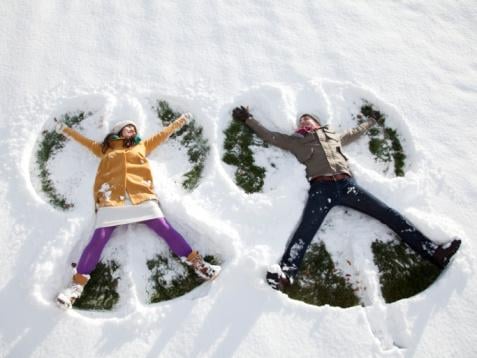 Are you searching for happiness and coming up empty? Maybe you’ve just been looking in the wrong places. Here are some common happiness traps to avoid:

1. Waiting for a windfall: Maybe you’re hoping for a fortuitous roll of the dice in Las Vegas, or are killing yourself at work so you can afford to put in a designer kitchen. But if you’re thinking more money will bring you joy, think again. There’s a magic number when it comes to money and happiness: $75,000 a year. According to economist Angus Deaton and psychologist Daniel Kahneman, no dollar figure above that will lead to greater satisfaction. So if you’ve got enough money to care for yourself and those you love, it’s time to stop holding out for a lottery win.

2. Hanging out on Facebook: As much fun as it seems to read your old classmate’s vacation plans, the reality is that passive hobbies don’t truly make us content. “Happy people tend to be more spiritual and engage in more active leisure — things like dancing and joining a sports team,” says Mark Holder, associate professor at the University of British Columbia, Okanagan, who studies the science of happiness. “And happy people are less likely to engage in passive leisure, like being on the computer or watching TV.”

3. Fighting your age: When we think of aging, many of us obsess over deepening crow’s feet and losing the battle for firmer thighs. But here’s some good news about getting older: Happiness increases with age. A recent survey of British adults reveals that women are happiest at 38 — not, as many might guess, at the supposed prime age of 19. And aging is also associated with improvements in career, relationships and overall well-being. Wait, it gets better: A 2010 study found that levels of stress, anger and worry all plummet at 50, resulting in an increase in happiness. So as the years tick by, embrace the grey in your hair and hang on to those rose-coloured glasses!

4. Staying home alone: How often have you craved some alone time? While time spent solo can recharge you, research shows that happiness comes more often via “pro-social” behaviour. “Happy people tend to be energized by the social world and thrive on the company of others,” says Holder. In fact, research shows being social also leads to long-term joy — a new study by the Bank of Montreal found women have happier retirements than their male counterparts, thanks to stronger social connections. And you don’t need to have deep tête-à-têtes — even casual grocery store conversations can be enough to lift your spirits.