Three Words To Live By This Holiday Season: Let. It. Go

Forgiveness is a gift that costs nothing, means everything and is also a key to good health. 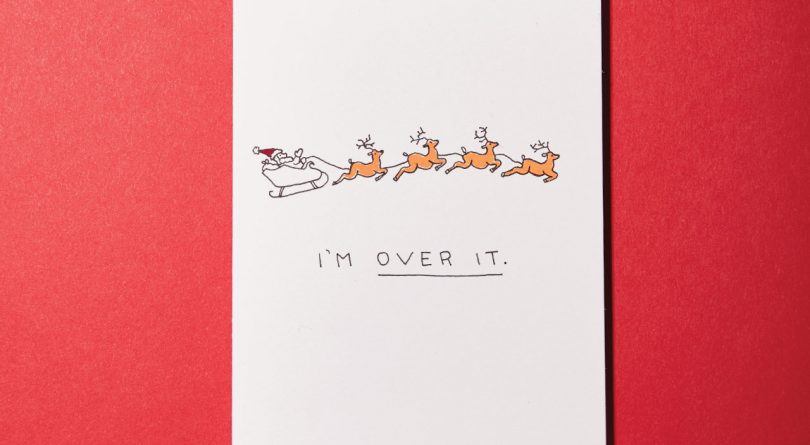 The holidays are ostensibly a time of cozy togetherness: sipping hot toddies under a wool throw, roasting chestnuts over an open fire — perhaps even some carolling. But remove the rosy filter and you’ll likely find that, in reality, many family dinners more closely resemble full-on grudge matches: Your dad’s hot toddy? Ninety percent scotch. Your sister? Passive-aggressively roasting your weight gain. The carolling? More like screaming. Even if your particular brood is more Norman Rockwell than Jerry Springer, the holidays have a way of dredging up the most long-gone bygones. And, as research suggests, all that white-knuckled resentment can take a serious toll. Maybe it is time to forgive.

Much as we deny it, the physical burden of emotional pain is a heavy one, especially where resentment is concerned. A review of the existing literature on the practice of forgiveness — a surprisingly nascent area of research that has only been around since the mid-1980s — has linked tightly held grudges to a cornucopia of bodily assaults, like increased sweating, high blood pressure and immune suppression. And the term burden might actually be more literal than we think: A 2015 study, published in the journal Social Psychological & Personality Science, found that undergraduate students who were asked to recall a time they forgave someone reached significantly higher heights on a jumping test than peers in the “non-forgiveness” and control groups. The weight of bitterness, the researchers concluded, is crushing to the body. 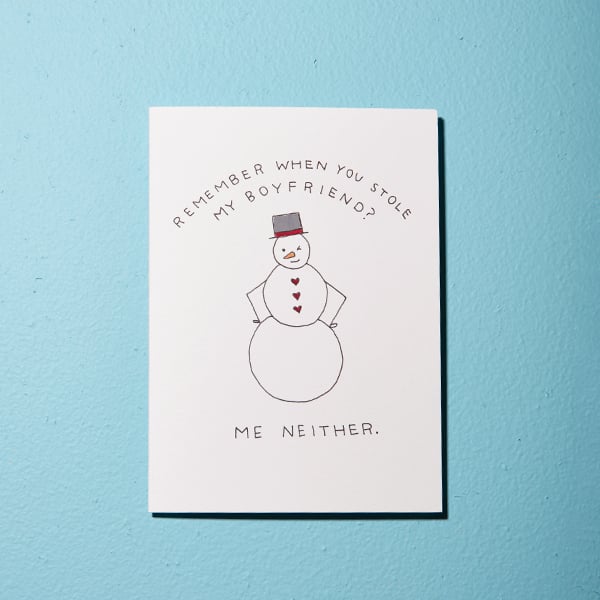 “If you are unforgiving, you’re basically telling yourself all day long that something has harmed you,” says Frederic Luskin, a practising psychologist and founder of the Stanford Forgiveness Project in California, a pioneering hub for forgiveness research and intervention. “Those thoughts, to the body, are read as incredibly stress-inducing.” Luskin says letting resentment fester activates a neuroendocrine pathway called the hypothalamic-pituitary-adrenal (HPA) axis, which secretes stress hormones, like adrenaline, to prime the human body to fight or flee — even if the threat is emotional. Over time, Luskin says, a hyperactive HPA axis can exacerbate the body’s overall wear and tear (or “allostatic load”). It’s a process so corrosive that Luskin likens it to putting too much Drano in your pipes.

So what does the research show about people who put down the emotional Drano? Several studies offer encouraging results: An American study published in 2016 in the Journal of Health Psychology found an expected connection between high stress levels and diminished mental and physical health, to Luskin’s point. The more surprising finding, however, is that in cases where people reported a higher tendency to forgive, the connection between stress and mental illness was, according to lead researcher Loren Toussaint, “almost entirely erased.” This suggests that forgiveness may act as a protective buffer between us and life’s slings and arrows. So why can’t we just get over it, whatever our particular it may be?

Forgiveness is espoused by virtually every major religious text — and now a growing body of empirical research — yet it’s woefully underused. Robert Enright, a Wisconsin-based educational psychologist known as the “father of forgiveness research,” thinks he knows why we “set ourselves up for ill health” rather than letting things go. For starters: We have no clue how forgiveness actually works. “From the beginning, we’re all trained in how to be a fair and just person: You chew gum in class, you’re punished. You work hard, you’re rewarded,” says Enright, whose past clients have ranged from jilted spouses and drug addicts to women widowed by terrorism. “The parallel virtue of forgiveness when we inevitably make mistakes is never nurtured. That’s a tragedy.”

The path to off-loading some of our toxic anger, Enright says, starts with defining what forgiveness is — and, importantly, what it is not. “Getting rid of resentment, which can kill a person, is only half the equation,” he says. “It’s also about offering a kind of compassion. Get rid of something negative, offer something positive.” Still, it’s crucial to note that the space between forgiveness and plain old repression (a popular family tradition) is razor-thin. “It’s not just ‘letting it go’ or excusing,” Enright notes. 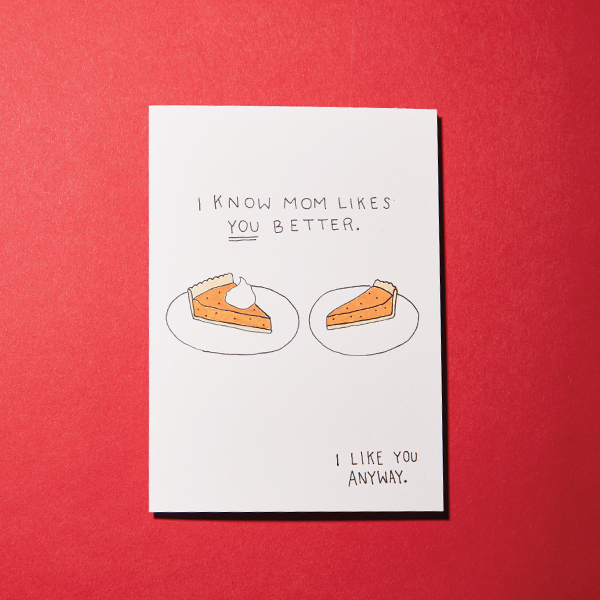 Other things forgiveness is not: time-sensitive, contingent on apologies, and the same as reconciliation — an assumption Enright says is the most dangerous misunderstanding, especially in cases of abuse. “You don’t have an obligation to re-enter a situation that could truly do you harm. It’s about getting rid of hatred, and, paradoxically, offering goodness to those who have not been good to you.” Forgiveness is also context-dependent: A 2010 study in the Journal of Social & Clinical Psychology found that not all transgressions are created equal, with betrayals (affairs, broken promises) topping the list of offences most likely to be left unpardoned.

Enright has also debunked the old “forgive and forget” chestnut — it’s not about wiping your memory, he says, but “remembering in new ways.” The neurological impacts of this kind of empathetic reframing are so powerful that they can actually be mapped in the brain. For a 2013 study published in Frontiers in Human Neuroscience, researchers asked participants to think about forgiveness and observed their brain activity using MRI scans. Their frontal lobes, the home of emotional regulation and our ability to attribute mental states and feelings to others, lit up. This suggests that forgiveness plays an important role in offsetting aggression with empathy. As Enright says, “You’re seeing that the other has weaknesses like you do.” 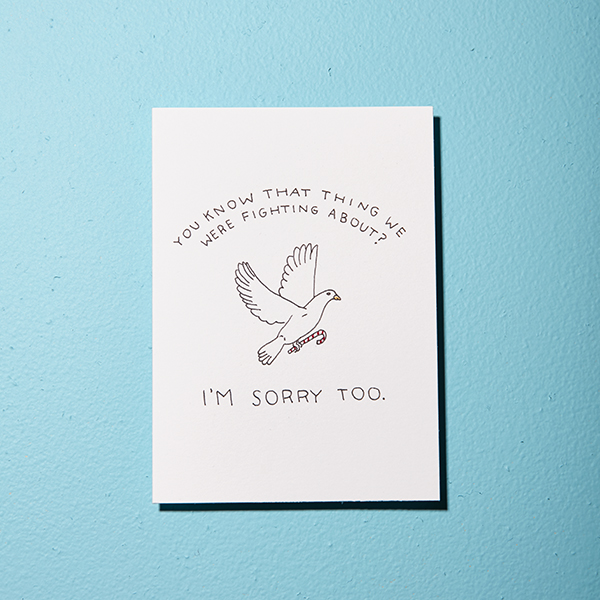 In an effort to put their lab findings into practice, Luskin and Enright have each crafted their own forgiveness frameworks: Luskin developed the Stanford Forgiveness Project, a six-session emotional boot camp of sorts, for his 1998 dissertation, with participating students reporting less anger and increased hopefulness, even at the 10-week follow-up mark. For his part, Enright created an evidence-based, 20-step therapeutic “process model,” which guides grudge holders from rage to release.

Andrea Moses, a Toronto-based psychotherapist who runs forgiveness seminars, suggests that while forgiveness is about casting off past hurts in the present, ultimately, it’s essential to engage in some “Columbo-style” sleuthing to truly understand the source of our “low burn” of rage — which (surprise!) is often where family comes in. “During the holidays, people will get so mad over something like their sister not toasting them at dinner, but if you trace it back, you’d most likely find that the sibling saw her sister as the ‘golden child,’ or that there was a significant rivalry there,” Moses says. “If you get to the source, you can make peace, and when you don’t, that’s when health breaks down. The body gets tired of the lies.” 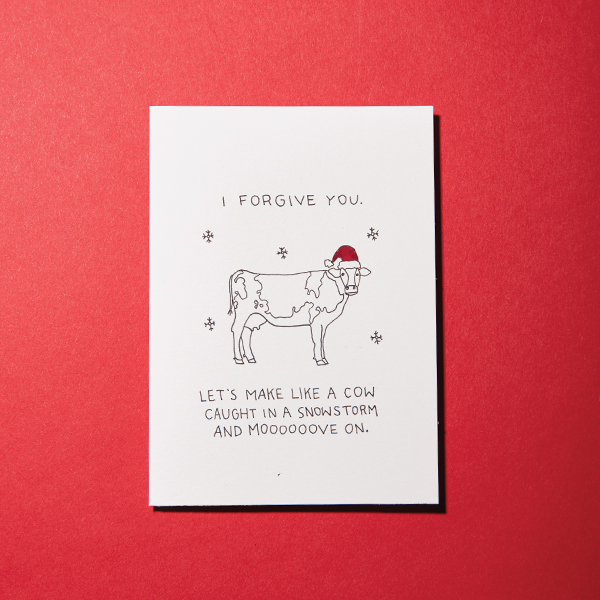 Fortunately, according to Moses, Luskin and Enright, there’s plenty that can be done in the interim pre-forgiveness period to minimize your yuletide discord. To quell any physical symptoms, Luskin recommends “rehearsing positive coping” in advance of family obligations. “You need to practise a stress management technique before you show up at Mom’s house,” he says. “Then, if you find your blood pressure rising, take a couple of deep breaths instead of driving yourself crazy.” Moses is a proponent of more “emotional goals,” like strong boundaries. “You can’t go home, cross your fingers and hope [things are] going to change,” she says. “Confront someone if they’re ignoring you or treating you badly in public. Say to them in advance, ‘I feel very uncomfortable when you do x and I’m asking you not to.’ It’s a huge step for people to consider that they can actually intervene in a fixed system like that.”

Forgiveness may be divine, but if the research is anything to go on, it’s the purview of very flawed humans too. It’s this belief in the transformative power of relinquishing grudges — and, crucially, the idea that it can be taught — that spurs on Luskin’s work. “People have struggled with how to forgive for centuries,” he says, “and this shows you that you don’t have to wait for church, that it’s not exotic or outside of people’s capacities.” Enright adds that, yes, even in the sometimes Colosseum-like milieu of family parties, we can find healing. “Our imperfections are played out most readily within the family context, and, given the importance of emotional intimacy there, the hurts [incurred] can be the deepest — and the most long-lasting.” And yet, “forgiveness cures.”