For a longer life, drop that steak!

As you get your BBQ ready for grilling season, keep this Harvard Medical School study in mind. It might just save your life. 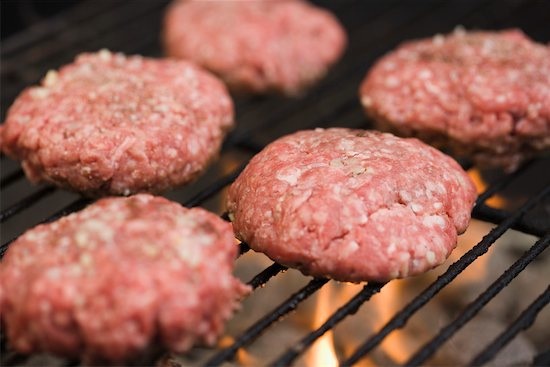 As BBQ season once again approaches – it’ll probably only snow, like, four more times before May. . .  So here’s some news you might find helpful: A recent study has shown that eating a diet high in red meat increases the risk of death, cancer and heart problems. So keep the veggie kebabs, marinate some chicken, and get a nice piece of salmon, but skip the steak.

The Harvard Medical School study (reported by the BBC) involved more than 120,000 people, and found that “adding an extra portion of unprocessed red meat to someone’s daily diet would increase the risk of death by 13 percent, of fatal cardiovascular disease by 18 percent and of cancer mortality by 10 percent. The figures for processed meat were higher, 20 percent for overall mortality, 21 percent for death from heart problems and 16 percent for cancer mortality.” Researchers assume that the higher percentage of saturated fats associated with red meats – plus the high sodium levels of processed meats – are responsible for the increased risks.

You still need protein, of course. For women, ensuring that we get enough iron is particularly important. And the British Heart Foundation still maintains that red meat can still be consumed in moderation. So how can you substitute? Instead of bacon, ham, sausages, burgers and the like, try eating more lentils, nuts, chicken, fish and beans. For some inspiration, try these great Chatelaine recipes: herbed chicken, white bean and walnut burgers, and golden glazed halibut.