In this week’s Flashback to Happiness, one mom shares her elation about leaving a Neonatal Intensive Care Unit with her son in her arms. 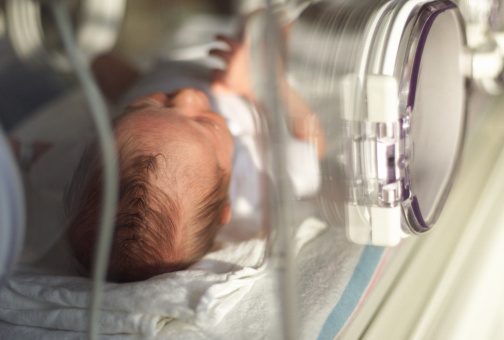 In this week’s Flashback to Happiness, one mom shares her elation about leaving a Neonatal Intensive Care Unit with her son in her arms.

Who is she? A 38-year-old mother of three boys in Burlington, Ont.

Why it’s so memorable: Ten years ago my first son, Phoenix, was born. But 24 hours later, he had a stroke and had trouble breathing. He was taken to the nursery for oxygen. I kept asking to see him, but my requests were put off. They finally told me the head paediatrician was seeing Phoenix. The doctor came to see me shortly thereafter with papers to sign approving a spinal tap.

It seemed like forever before I heard the results, and when we finally did hear, it wasn’t good. There was blood in the tap; Phoenix had bleeding in the brain. By early morning, he was transferred to the Neonatal Intensive Care Unit at McMaster Children’s Hospital in Hamilton, Ont.

Meanwhile, I was discharged and came home with empty arms and an empty nursery. That was the hardest thing I had ever had to do. My husband Mark went ahead of me up the stairs to close Phoenix’s door so I wouldn’t have to see his crib.

After gathering our things, we went back to the hospital. When we arrived, a neurologist and a social worker met us. I can’t even explain the devastation–there we were, sitting numbly, streaming tears, as the doctor told us that we may lose Phoenix. We weren’t allowed to hold him. I wasn’t allowed to nurse him. We could only stroke his hand through a hole in the side of the incubation unit. We never left his side during those early days —  if this was our time together, we’d spend every minute of it with him.

But then one day things turned — they told us we could hold him. Then I was allowed to nurse him because his seizures had stopped. He could breathe on his own again, and two weeks later we were told we could bring him home. Walking out that hospital door with Phoenix in my arms was the best thing that has ever happened to me.

Ten years later, Phoenix is a healthy, smart boy with a wicked sense of humour who can transform a toy from vehicle to robot before I finish reading the instructions. Happiness doesn’t even begin to cover how I feel about that day.