Why you should start running and how to do it

Four great reasons to lace on your runners starting with the fact that humans were literally born to run. 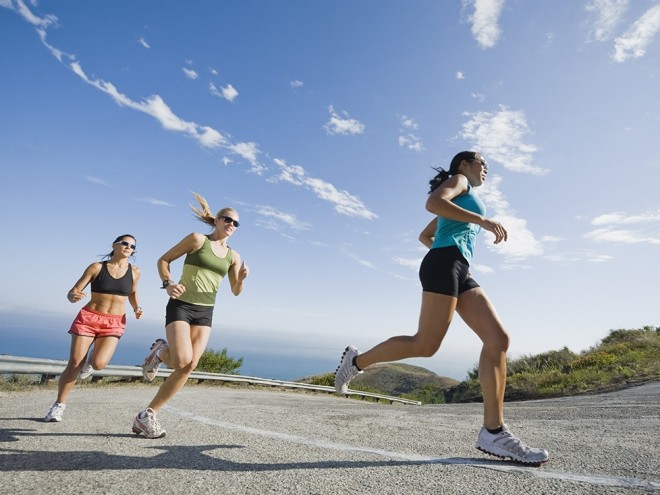 On the schoolyard field of battle known as gym class, I made the geeks look good. I was the most pathetically un-athletic dodge-ball target who ever got picked last by a team captain, and I hated running.

Now I average 50 kilometres a week, and if I can do it, you can do it — (Insert overused motivational quote here).

Four reasons why you should start running

1. Because you want to lose weight
Let’s say you’re… gravitationally enhanced… and want to be… less so.

Running can do that. Running can help with weight loss better than most forms of exercise because it burns more calories per hour than almost anything else. Completing 10K in an hour burns 10 times as many calories as sitting on your couch, and three times as many as walking 5K an hour.

2. Because you want to not die any time soon
It’s well-documented that being overweight carries with it a higher risk of early mortality, and as I already mentioned, running is great for weight control. And in addition to controlling body weight, vigorous exercise has proven health benefits. The research shows that exercise is one of those things where the more you do, and the more intensely you do it, the greater the health benefits such as increasing longevity. Running certainly qualifies as “vigorous” exercise.

3. Because you want a high-performance body
From an evolutionary perspective, we’re programmed to run. Whether it was our ancestors chasing down food or trying to avoid becoming food, our bodies are designed for running.

Bouncing around on an elliptical trainer or a stair climber is better than nothing, but running builds a more functional skill that will improve your body’s capabilities at doing a host of activities.

4. Because you value your time
Running is a logical choice for busy people because it’s both efficient and flexible. It’s efficient in that you can burn more calories and get a better health bang for your exercise buck in a shorter period of time when compared with less intense forms of activity. It’s flexible because you can do it practically anywhere and any time you find a hole in your schedule.

Running is great because you aren’t at the mercy of a busy gym fighting for a free elliptical nor do you have to adapt your schedule to take a boot camp class. With running, you’re in charge. You get to pick where you go and when. Did you just drop the kids off at their piano lesson? Go for a run. Did you wake up 30 minutes before the alarm? You could run. Is it a beautiful day and TV is lame as usual? Run, I say!

Four tips for becoming a runner

1. Don’t “Just do it!”
If you’re not used to intense physical activity then it’s going to seem more like medieval torture than an enjoyable, life-enriching experience, so you need to take it slow. People hate drastic changes in their lives, so a better, if less catchy motto is: “Learn, plan, prepare, THEN do it.”

Don’t just grab an old pair of cross-trainers and start running because you’ll quite likely hate it and quit. Instead, take your time getting ready to build self-efficacy – a situation-specific form of self confidence – and you’ll persevere.

2. Partner up
Have you got a friend or family member who wants to join you? If not, try to find one, because having a partner is one of the best motivators around for adopting any type of physical activity.

3. Find a running store
Go to a place that specializes in running to gear up because these people know their stuff. Also, they often have “learn to run” clinics which exert positive pressure to successfully adopt running.

James S. Fell, MBA, is a certified strength and conditioning specialist in Calgary. He writes the syndicated column “In-Your-Face Fitness” for the Chicago Tribune and consults with clients on strategic planning for fitness and health. Get your free Metabolism Report here.