What to think about while you exercise

Marathon runner, and avid weightlifter, James Fell tells you what to focus on to get the most out of your workout. 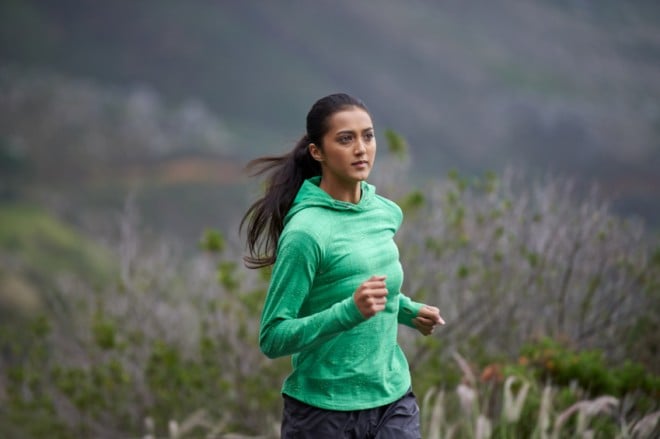 Some people hate running because they think it’s boring. I like it because it gives me time to think. And I’m not just talking about daydreaming or decompressing, but strategic use of my exercise time to improve my life and be more productive overall. Here’s how you can do it too.

Training from the neck up
We’re well-versed in what exercise does for the body, but did you know it has tremendous benefits for your brain as well? Not only does regular exercise help combat Alzheimer’s, dementia and brain lesions, but it allows you to think more strategically and be creative.

Harvard neurologist, Dr. Miguel Alonso-Alonso, told me that exercise enhances the brain’s “executive function” — your ability to formulate plans, make decisions and control impulses — and its dose-response effect. The effect ultimately explains that the more you exercise, the greater improvement you’ll see in executive function.

Creativity in the Wild, a 2012 journal, found that people who exercise outdoors garner a significant creative boost. “There is a real, measurable cognitive advantage to be realized if we spend time truly immersed in a natural setting,” it says. So when you’re feeling less-than-inspired, head outside (even if just for a walk) to impress your team at the next brain-storming session.

It’s also important to avoid technological distractions too. Watching TV or checking Facebook when you’re exercising inside doesn’t allow your mind to wander as naturally as it would without stimulation. Personally, I don’t think listening to music creates a significant distraction. From my experience, listening to my favourite playlist while running puts me in a better mood, and makes the creative/planning thoughts flow more easily.

Weightlifting
A classic study (from 1985) published in the Journal of Applied Physiology found that aerobic exercise builds mental endurance — your ability to stay on task for a long time. It also showed that weightlifting enhances the brain’s ability to focus amidst distraction.

So what should you think about while lifting? To be effective, and to prevent injury, you want to focus on your technique. A good place to start is with the core. Before making any lift I advise the lifter concentrate on one word, “brace.” And it’s the midsection I’m talking about. This will protect your lower back and help ensure better form overall.

Beyond that, focus on the smooth movement of the weight. Concentrate on each up and down motion and making your muscles work effectively — you’ll see better results, above and below the neck.

How engaging is your exercise?
Weightlifting qualifies as a high-arousal exercise, but it’s not the only one. If you’re in a class, then I suggest you focus on what the instructor’s telling you.

There are other activities that can be done more or less on autopilot however. Walking, hiking, running, swimming, cross-country skiing and even cycling (as long as it’s not a windy road or in heavy traffic) don’t require a lot of attention, so you can let your mind wander a bit more. But let it wander effectively if you value your time and want to retain your ambition.

A 2002 report in the Journal of Social Psychology found that daydreaming about having achieved a future goal reduces the likelihood of you actually achieving it. The reason is that it makes you feel as though you’ve already reached it, which alleviates the good stress that pushes you to chase a goal. And that’s why I think you should use these lower-concentration exercises to strategize and problem solve. Take advantage of the enhanced executive function and creative boost to figure stuff out.

MythBusters‘ Jamie Hyneman recently told me that he’ll get on the treadmill with an engineering problem in his head and run hard for an hour. He swears that by he time the run’s over, the problem’s been solved. Similarly, Sarah McLachlan told me she writes song lyrics in her head while running.

As a writer myself, I know that half of my book was written in my head either while running or on my bike. Additionally, I often save submitting an article until after I’ve gone for a run to do the final edit in my head. Beyond this being a freelance writer is like being an entrepreneur, so I need to be regularly planning how to move my career forward. Running and cycling are great for this, and I use the time wisely.

Think your way through creative pursuits, plan future endeavours, work through problems, or even write some song lyrics. Don’t view this time as boring, but as an opportunity to unplug and engage your imaginative processes in a practical, functional manner. Exercise doesn’t have to be a time suck.

Related articles
A Buddhist leader on the benefits of meditating and running
Five tips to improve your running technique
How to beat running boredom: Six great tips

James S. Fell, MBA, is a certified strength and conditioning specialist with the National Strength and Conditioning Association. His book Lose it Right is available from Random House Canada. Based in Calgary, he is an avid runner, cyclist and weightlifter, and wishes he had more opportunities to go downhill skiing with his wife and two children. Visit his site for a free recipe eBook and metabolism report.