Want to run a marathon? Training tips and advice

Marathons, both running and walking, are becoming more popular with people of all fitness levels. If you want to give one a try, we've got some great tips. 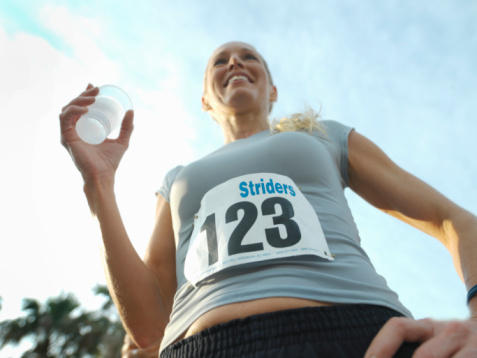 I haven’t done a marathon yet, but it’s on my bucket list. My goal is to finish the 42.2K race in less than four hours, hopefully some time next year.

I average about 50K of running a week but I’m not an expert on marathons, so I spoke to someone who is. Colleen Parsons is director of health and fitness programs for the University of Calgary, and she runs their marathon training program.

More and more people are interested in completing a marathon, Parsons said. “They’re definitely getting more popular,” she told me. “People are beginning to realize that almost anybody can do one. With a wide variety of distances to train for, there is a lot of natural progression that tends to take place. They start with a 5K or a 10K, and then start thinking about a half marathon, and eventually many go on to doing a full marathon.”

She also said that a lot of people who are non-runners just jump right in and decide to do a marathon. Like me, “They have it on a bucket list,” she said. “They do it on a bit of whim.” Parsons’ training program often gets a number of people who are not regular runners but decide that finishing a marathon is a life accomplishment they want to achieve.

There are limitations though. “People should always be cleared by their doctor,” Parsons said. “It takes months of preparation for the race and you need to be physically ready for this. That being said, I think most people can either run or even just walk a marathon.”

Parsons told me that walking marathons are becoming more acceptable and popular, which is making the whole idea of completing a marathon a lot more accessible to people who aren’t super fit. “Still,” Parsons said, “A lot of people join our program planning just to walk it and end up becoming runners who get respectable finishing times.”

Some people may ask, “Why on Earth would you want to do this?”

Both Colleen and I agree that it’s for the sense of personal accomplishment. You don’t have to run the distance from the Battle of Marathon to Athens, like Pheidippides did, in order to get the health benefits of running, so a lot of it boils down to feeling the satisfaction of setting a life goal and following through on achieving it.

Parsons — who has completed 13 marathons (one of which qualified her for the Boston Marathon) and six Ironman Triathlons — told me, “There is nothing like crossing the finish line of your first marathon. I had such an amazing experience the first time that I almost cried at the end.”

So if you’re thinking you’d like to take a stab at this, Parsons has some advice for you.

“Build slowly and get good advice from the experts. If you’re coming off the couch you need to start with some resistance training to build muscles, core and connective tissues. Focus on the key areas like your hips, back and midsection. Hiring a personal trainer can be a good idea for assisting with this.”

I know that a lot of people want to just finish and aren’t interested in qualifying for Boston. These are the people Parsons specializes in training, so I asked her what a typical training program looks like.

“We get a lot of people who are beginners or not serious runners, and they’re looking to finish in around six hours,” Parsons said. “We have them train four days a week for eight months. The first long run we do for 45 minutes, and by the end they’re doing long runs that last about four hours.”

Since we were on the subject of marathon training, I asked her what she’d recommend for me if I want to finish in less than four hours.

“Four hours is pretty fast,” she said. “You’re going to have to train hard for that. Training five times a week is optimal, but no more or you won’t allow enough time for recovery. By the end you need to get in at least two runs where you go for about 35K, but this is done at slower than race pace so you don’t exhaust yourself.”

She also advises a three-week taper, where you ease off on training a few weeks before the race to ensure you’re fresh for race day, along with getting a higher percentage of your calories from carbohydrates for a few days right before the race. Finally, Parsons recommends drinking enough water so that your urine is fairly (but not completely) clear.

A discussion of pee seems like a good place to end this. If you are thinking about a marathon, I say go for it.

James S. Fell, MBA, is a certified strength and conditioning specialist in Calgary, AB. He writes the column “In-Your-Face Fitness” for the Los Angeles Times and consults with clients on strategic planning for fitness and health. Visit bodyforwife.com.