When your goal is to literally climb a mountain, training suddenly seems easier. Here’s how a walking vacation can inspire you to peak performance 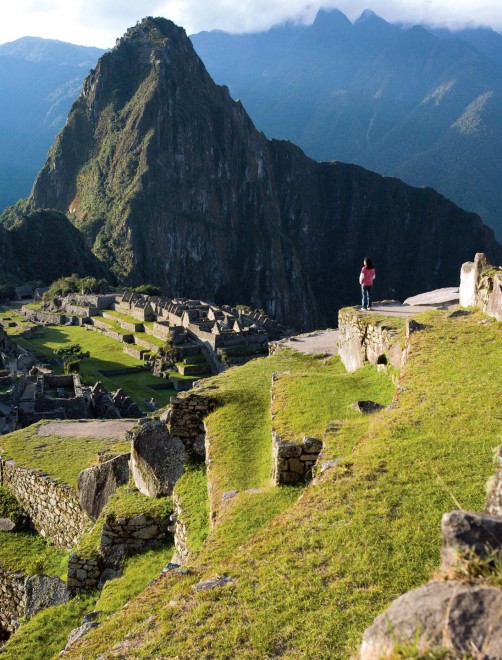 After walking uphill for three gruelling 14-hour days, scaling endless flights of uneven stairs to Machu Picchu, Hazel Leaver finally had just one more to go before reaching the top. But she paused before taking that last step. “It suddenly hit me,” says the 49-year-old from Victoria. “I said, ‘I don’t want to go up there, because it means this trip is over, and it has been amazing.’”

Hazel’s journey didn’t end when she finally overlooked the mountainous ranges from Machu Picchu, bursting into tears after meeting her goal. Nor did it begin at the foot of the mountain in Peru. Her trek traces back to December 2006 when, weighing 341 pounds and mourning the loss of her go-getter mother to congestive heart failure, she decided to get fit and healthy.

When she learned about the Arthritis Society’s upcoming trip to Machu Picchu with the Joints in Motion program, Hazel knew this was her big chance. “I always thought you had to run to do a marathon. After I learned you could walk and hike, it never left my brain. I thought, ‘I could do that,’” she says. She trained for the August 2008 trip by walking laps around her farm property, building up to four to eight km five times a week; pushing herself while doing chores like gardening, mowing the lawn and raking; and hiking challenging local trails. In the process, she lost 55 pounds — and she’s kept it off ever since.

Setting such a lofty goal motivated Hazel to lose the weight, and she’s just one of many Canadians booking walking vacations to get in shape while on a once-in-a-lifetime trip. Non-profit organizations offer many of these kinds of treks, seeing the fundraising potential in epic walks abroad. Walking tours are offered everywhere from Italy to Costa Rica and are becoming more popular, says Sonja Franzmann, a fitness and nutrition consultant and owner of Miss Fit Consulting in Calgary.

“A walking vacation is fantastic, because it’s great exercise, it’s something everyone can do and it’s usually quite affordable,” she says. “You get to go somewhere you want to go and experience a different culture, different food and a different atmosphere. At the same time, you get the benefits of a lot of physical activity.” Sonja says the rewards extend far beyond the actual time spent walking on the trip: Many of her clients are motivated to train hard for walking excursions, and when they return, they’re inspired to keep up their exercise routine.

Clare Baker, 31, would certainly agree: She kept the snowy peaks of Mount Everest in her mind as she marched up and down the steep hills of St. John’s, N.L., to train for her walk to Everest Base Camp with the Arthritis Society. The chiropodist and avid hiker began walking in January for her October 2010 climb in Nepal. When her friend’s daughter was diagnosed with juvenile arthritis, Clare thought doing the climb would be a good way to raise awareness of the issue while travelling to a place she had always wanted to see.

To prepare, she hiked the most challenging trails around St. John’s and climbed the stairs at the city’s Mile One Centre stadium at least two times a week.

Having a monumental goal like Everest helped motivate Clare to get out there and train, she says. “If I hadn’t been going to Nepal, I would have just done the trails around Newfoundland like I always had,” she says. “Knowing I had Clare Baker at Everest Base Camp, with a picture of her for inspiration. To climb uphill for eight days made me realize I had to make sure my legs were really strong.”

The reduced oxygen at high altitudes makes everything more arduous: What would take three hours to walk at sea level could take five to six hours on a mountain. It took Clare eight days to make it to the peak of Kala Patthar. The sky was blue, the air was cold and crisp, and she had a panoramic view of the mountains. “That was definitely the climax of the trip for me,” she says.

Hazel, too, drew inspiration from her surroundings to keep on trekking. “The scenery motivated me,” she says. “I always wanted to know what was around the next corner.”

Hazel arrived a few days before starting the hike to sight-see and acclimatize — something that’s highly recommended for travellers who aren’t used to mountainous areas or different climates. She still found the hike so arduous that she rarely saw her companions, instead spending the days trekking with her guide, Rubin, far behind everyone else. But she didn’t let it get her down. “I got a lot of love from everyone rooting for me,” she says.

Hazel’s adventure was just the beginning of her journey toward getting fit. She now has her sights set on a half-marathon walking trip in Dublin. This time, she’s much more confident about completing the walk and keeping her new healthy lifestyle: “When I completed Machu Picchu, I knew I could do anything.”