The facts on "barefoot" running shoes

Running shoes have gotten a bad rap lately, with many asserting they’ve been foisted on a gullible public via corporate greed. 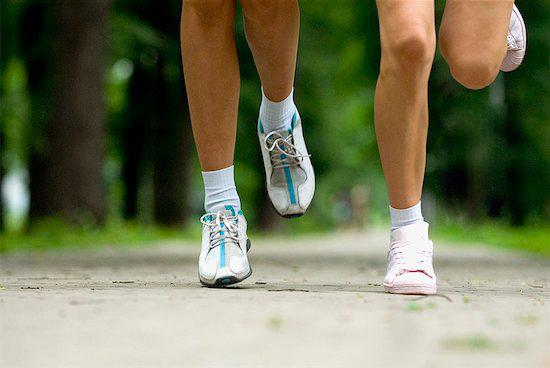 Running shoes have gotten a bad rap lately, with many asserting they’ve been foisted on a gullible public via corporate greed. Shoe manufacturers told us we needed these shoes in order to run, and now there is a backlash from the “minimalist” and “barefoot” running community (a small community), saying we’re all suckers for wearing shoes that are padded and comfortable.

Sweat Science blogger Alex Hutchinson is tired of the conspiracy theories. I have an MBA, so I know that the number-one goal of any corporation is to maximize shareholder value, which rarely translates into actually doing “the right thing.” If companies can convince people they need something and those people buy it, then profits go up and management gets bonuses. That’s capitalism, and some assert that the runners most of us wear are an unnecessary creation foisted upon a gullible public via slick marketing.

But when discussing the modern running shoe Hutchinson points out the simple fact that “the shoes caught on.” The author goes on to say, “Given the staggeringly high numbers of people who can’t be bothered to do any physical activity, even so much as a brisk walk, despite the overwhelming evidence that it’s the single best thing they could do for all aspects of their physical and mental health, I suspect that the barriers to successful barefoot running will always limit it to a fairly small subset of population.”

Yesterday I passed a guy running on the paths barefoot. It was the first time I’d ever seen someone doing that. He was slow and he looked like he was in pain. It was as if through sheer force of will he wanted to become a barefoot runner. That’s an extreme, but plenty of others are opting for “minimalist” shoes that lack padding because it’s more in line with how humans have evolved. We weren’t born with cushioning rubber soles on our feet; ergo, many believe we shouldn’t use them.

That’s over-thinking it. As soon as the caveman learned he could carve the carcass off something furry and wrap it around his feet to keep them warn and padded, he did, and it made him more inclined to wander out the cave.

If you need something expensive and cushiony to get you out of your cave, then definitely don’t feel bad about it. In this case, the modern technology may not be a perfect imitation of your gait while barefoot, but these things are designed to protect your feet and they do a good job of it. As Hutchinson points on, the shoes caught on, and with good reason. People like what they do.

For one, I wouldn’t dream of going barefoot. I’ll (almost) gladly fork out the $159 every five months for a new pair of Pearl Izumi runners.