A new study found people who used an activity tracker lost fewer pounds than those who didn't — but there's a caveat. 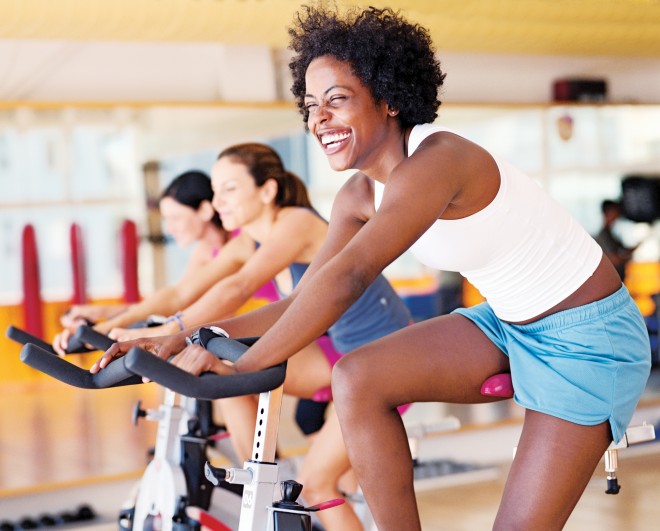 The research
In a recent study in JAMA, University of Pittsburgh researchers assigned 471 volunteers to increased physical activity, a low-calorie diet and a diary to record progress. After six months, the participants were split into two groups. One wore an armband device that provided feedback on their physical activity. The other kept track of their dietary intake on a study website. After 18 months, the group that used the device lost less weight than the group that did not.

The caveat
The wearable technology that researchers used (BodyMedia) in this study is different from our typical activity trackers. Many participants didn’t wear the monitor, which was positioned on their upper arm, for long — the median was 241 minutes a day, or just more than four hours.“That’s far less than we’d get using any kind of wrist or weight measurement device,” says Catherine Sabiston, Canada Research Chair in Physical Activity and Mental Health. “It’s a different feel than most people are familiar with. Most wearable technology is on the wrist.” Wrist devices tend to be worn for up to 10 hours a day, she adds.

The take-away
If participants weren’t wearing the device enough, that could skew the results. Still, even if wearable tech doesn’t result in weight loss, it might help you better understand your habits and behaviours in a new way.

More:
I’m caring for both my mom and my kids. How can I avoid burnout?
12 festive flats to wear to a holiday party
Gilmore Guys: Two dudes with a hit podcast about Gilmore Girls