It's cold and slippery, but there are plenty of ways to stay warm and safe out there 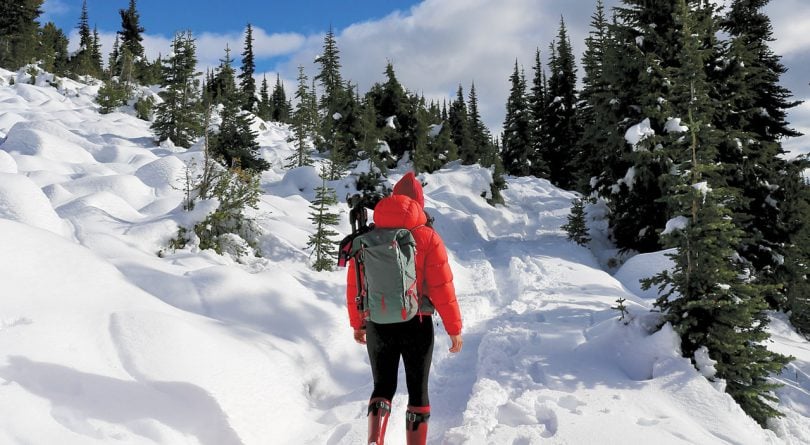 It had been a few weeks of false starts. After a dump of snow landed on my city and freezing rain covered everything in a treacherous crust, I opened my door early most mornings and immediately closed it shut. Go running in that? You’re out of your mind.

Running has become the cornerstone of my fitness routine—a way to keep in relatively good shape and get exercise for my dog. Boom! Two things done at once! In warmer weather, Rufus and I headed out three times a week before work for a half-hour loop. But with winter’s arrival, I started finding excuses to opt out. Who wants to run in the freezing cold, not to mention on those glistening sidewalks where falling down and cracking my head open is not an unrealistic concern? 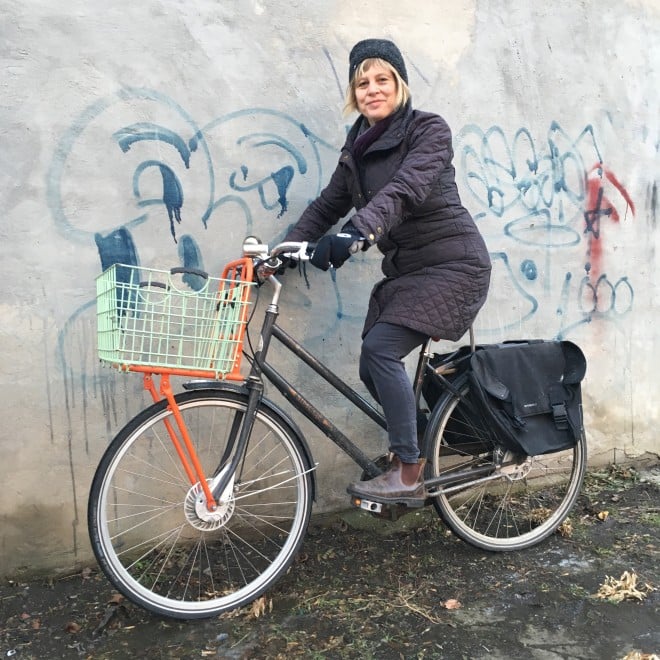 Winter cycling is totally doable — and fun. (We swear!) Here’s how

I decided to moan to someone who could sell me on running in these less than ideal conditions. Bryan Smith, Toronto-area manager of Canadian franchise the Running Room has been winter running for years and swears he’s only taken a spill twice (both times he says he should have been watching where he was going). Here’s how he made his case:

Layer up and you’ll have no excuse

You may not have control over the weather, but you do have control over what you wear, Smith said. Start with a lightweight, breathable T-shirt, and follow that up with a long-sleeve running shirt. A jacket over that should be fine, but a shell—something that repels wind, rain or snow—is a good call too if it’s not a sunny, clear day. Adjust depending on the temperature outside. Insulated running tights (often sold as winter leggings) are also great, and on really cold days try wearing those little fit shorts (the kind you might wear in the summer) underneath your tights. “Nobody likes a cold bum.” No sir.

A toque with a ponytail hole will help keep your head from getting too sweaty, and gloves with touch technology will help you control your running playlist. And don’t skimp on the socks. The merino-wool type actually warm up a little when they get wet. “Socks are important because that’s where you get blisters when you’re running. Spend a little bit of money on your socks and they will last.”

You can probably skip the fancy running shoe grips

The slip-on grips, which are designed to help runners maintain traction on packed snow and icy surfaces, retail at about $40 a pop. “The first couple of times you wear them it feels like you’ve got snow gummed under your feet,” Smith said. They’re a little awkward to run in and some users have reported that they can slip off mid-run. While Smith said he has a few pairs, he only uses them when it’s a “total skating rink.”

It’s okay if you need to avoid the sidewalk

“I would still recommend runners should run where they’re supposed to run,” Smith said. “But the rules of the road also state if there’s not one available or it’s not safe, then [you can] run on the road as close to the side as possible on the side of oncoming traffic.” (This way it’s easier for you and the driver to see each other.) Make yourself known to oncoming cars and consider running during quieter times, he added. Wear reflectors on your clothes and a light if you’re running in the dark. A head lamp or a bike light strapped around your wrist usually works well.

Running in the winter will make you stronger come spring

Navigating those snowy and slushy conditions gives you more of a workout, Smith said. “You’ve actually been doing a lot more work to run through all that slick snow. Your lower leg muscles, your foot muscles, they’ve all been taxed more.” It’s normal to feel a little sore at first because you’re using different muscles and twisting and turning them in different ways. Make sure to take some extra time stretching afterwards. 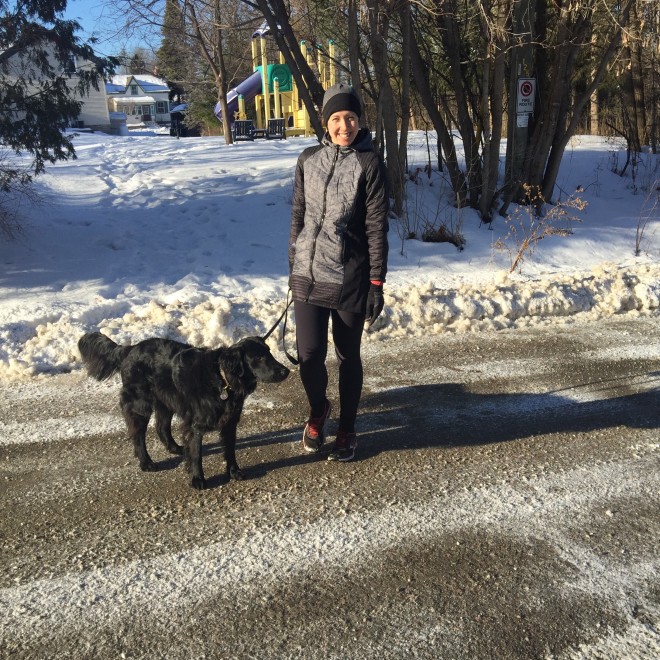 Boesveld and Rufus on a sunny December morning

Go slower and change up your route

Winter is probably not the optimal time for trying to beat your personal best. The colder air can feel harder on your lungs, and you’re likely going to want to keep a slower pace, to watch for icy patches, Smith said. Sidewalks in residential areas also tend to be slicker, so switch up your route in favour of drier, clearer paths. 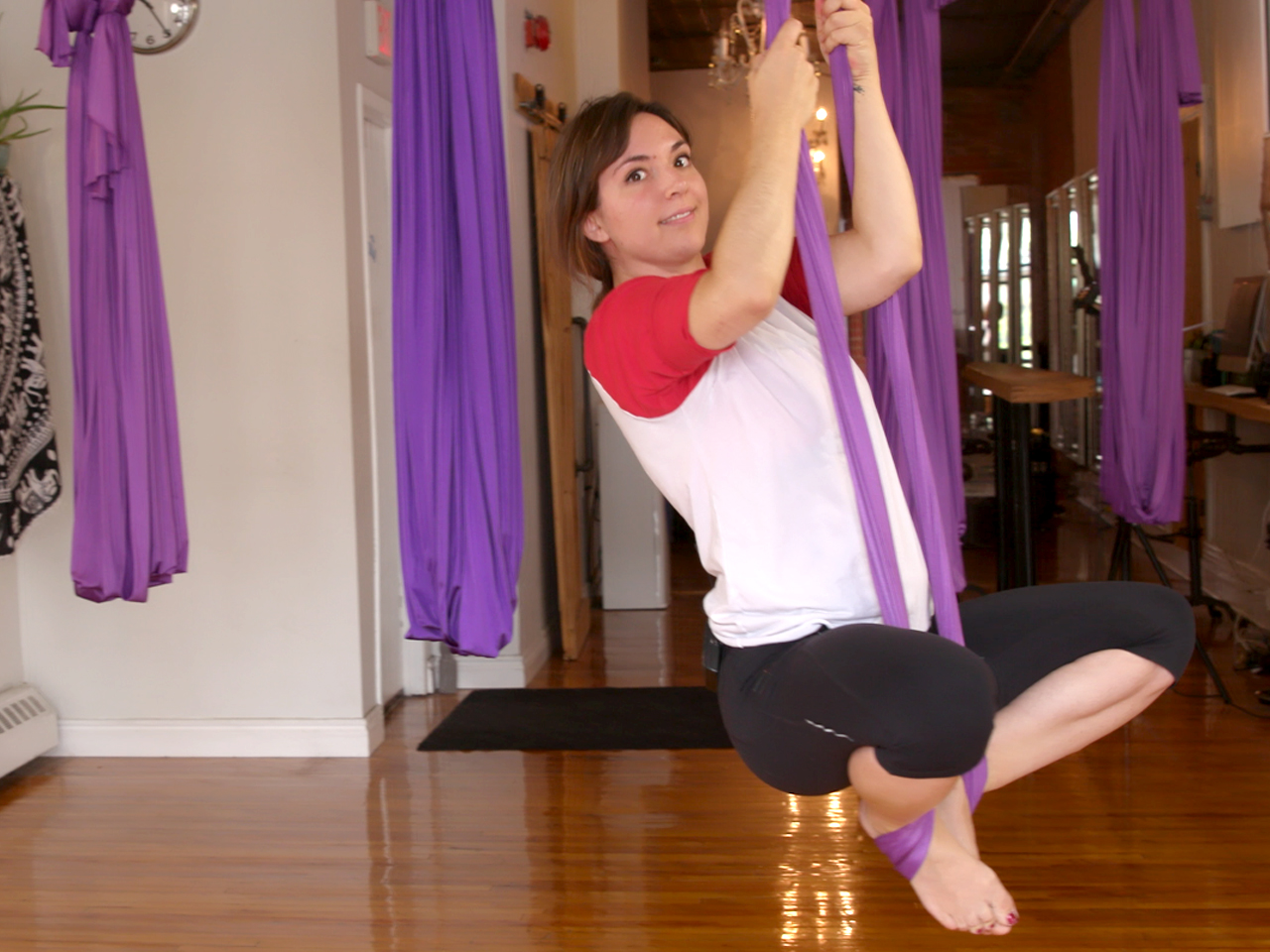 I Tried It: Aerial Yoga Class

You be the judge

“Is it a question of motivation or is it a question of safety?” Smith asked. “If safety is a concern, do not go out.” Try to work out in your home instead. But if your main problem is that you’re too lazy to layer up, remember the rush of endorphins and self-esteem that comes after you’ve ticked that run off your list.

A few days after chatting with Smith, I head out with Rufus, looking warily at sidewalks still glossy with a mix of salt and ice. I started my run through the neighbourhood on the roadway (the book light I’ve clipped to my jacket for lack of a better option immediately fell off) and then along the path in our local park, which was clear. I ran the entire route without so much as a slip, and it was even more invigorating thanks to the crispness in the air. The only thing that slowed me down was Rufus, stopping every block or so to sniff the yellow snow. If I can get him to kick that habit, I think we have a fun season of winter running ahead.