What's it like to be the mother of an Olympic athlete? "Just like being any other mom, but with an Olympic schedule," says Christine Despatie, mom of four-time Olympian Alexandre Despatie. 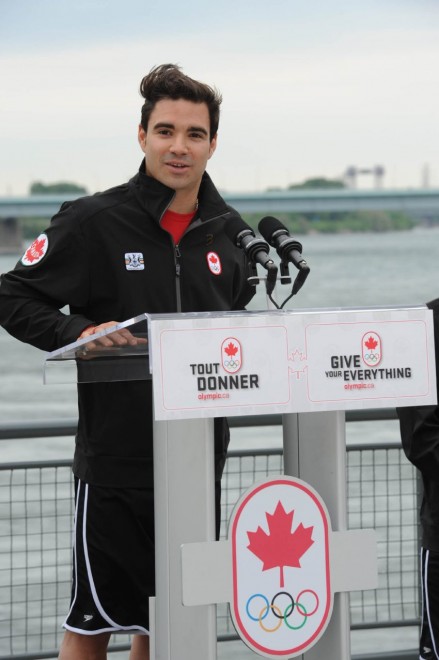 What’s it like to be the mother of an Olympic athlete? “Just like being any other mom, but with an Olympic schedule,” says Christine Despatie, mom of four-time Olympian Alexandre Despatie.

She spoke about her parenting philosophy yesterday as part of P&G’s “Thank you, Mom” campaign: The company has turned Canada House into a place mothers (plus dads, siblings and friends) can enjoy complimentary haircuts and makeup while they come together to cheer on their kids. They also flew them to London, brought them all to the opening ceremonies, and are giving the moms a starring role in videos that describe their path to the Olympics.

In hers, Christine says she knew Alexandre had something special when she held him in the water as an infant and he floated “like a lily pad.”

But despite Alexandre’s phenomenal success – he went to his first Olympics at just 15 – she’s tried to keep home as a refuge, explaining, for example, that they try not to talk about diving in the house. “Deep inside their hearts, our children want mom and dad to be normal,” she said.

The Despatie family has particular reason to feel victorious this year: An injury forced Alexandre to physio and retraining, and after he started diving again, he hit his head on the board, leaving the pool full of blood. So the fact that they’re here at all? Well, that’s a victory. Not that they’re not thinking about gold.

Do your kids compete in any sports?