Positive thinking really can get you in shape! 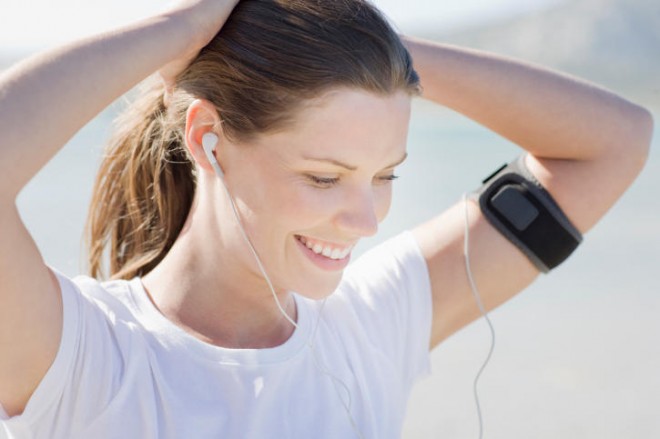 In fact, you may think it’s going to be so “not fun” that you talk yourself out of doing it at all. If your attitude about an activity is negative to start with, then the experience of that activity is likely going to be negative as well.

The power of positive thinking

The above was the title of a famous book by Norman Peale, and it came under substantial criticism in the scientific community because it wasn’t that scientific; it was largely composed of anecdotes. Today, though, there is some scientific evidence to support the idea that attitude affects behaviour.

Note that I’m not into any new-age blather about how wishing for something will cause the universe to deliver it to you. Instead, I think that hard work is the only thing that reliably gets results. There is no “law” that “attracts” what we wish for based on our mindset.

The widely respected psychological model the Theory of Planned Behaviour (TPB) dictates that having a good attitude about something and believing you can do it will have a positive impact on sustaining behavioural change, such as adopting a fitness regime or achieving a higher level of physical conditioning.

Basically, TPB research found that people who had a positive attitude about a new behaviour (like exercising) were far more likely to stick with it than those who look at a new habit in a negative light. Yes, this seems pretty simple, but unlike the stuff in Peale’s book, the theory was scientifically validated by its author, Dr. Icek Ajzen.

Also, there is more to it than just having a positive attitude about a behaviour or activity. You need a positive attitude about you as well. In other words, you need to believe that you can do it, from a practical standpoint. If you decide that you’re going to become a marathoner, you need to believe that you can start dragging your tired butt out of bed every morning, no matter how lousy the weather, and pulling on your gear and heading out for a run.

Remember the little engine that could? He was the one who said “I think I can,” and it turns out that he was right. Along with just liking the idea of running a marathon, you need to think you can make all the requisite changes in your life to actually pull it off. TPB found that if others believe in you, that this provides an additional boost, but it also stated that this was the least important parameter. Your own attitude is what matters most.

Positive self talk
It’s not just general attitudes that matter, but also situational ones that take place from moment to moment during exercise.

Think of that little engine again. He was going up that hill and saying “I think I can” over and over. This is called positive self talk, and it’s about using a bit of self-hypnosis to hype yourself up and focus on the task at hand. Professional athletes use this all the time.

Imagine this scenario: You are an offensive lineman in the CFL and some 300-pound monstrosity is across from you and wants to mow you down so he can rip your quarterback’s spleen out. Knowing that your quarterback can’t throw touchdowns without his spleen, you want to do a good job and prevent this defender from getting past you. You can’t be thinking: This guy is going to kill me. Instead, you have to believe: I am going to mess him up. I’m going to hit him so hard his grandchildren will be born dizzy.

I know you don’t play in the CFL, and you probably don’t get into too many situations where people’s spleens are at stake, but there is merit in having a “No prisoners!” approach to exercise. Here are some examples that might be more applicable to your life:

Planning a run after work

Coming up to a hill on your bicycle

I am generally more in favour of motivating people with scientific facts rather than inspirational quotes, but there is one that comes to mind that seems oddly appropriate to end this article. It was said by Henry Ford:

James S. Fell, MBA, is a certified strength and conditioning specialist in Calgary, AB. He writes the column “In-Your-Face Fitness” for the Los Angeles Times and consults with clients on strategic planning for fitness and health. Get a free metabolism report at Body For Wife.