Marathon news, running tips, inspiration...these Twitter stars have it all. 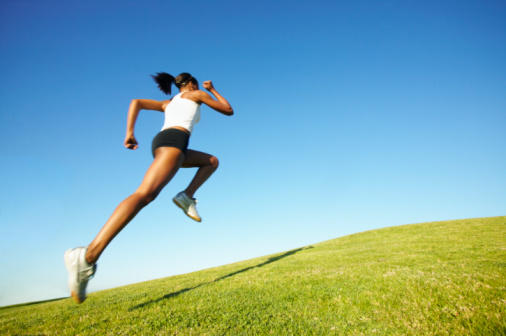 Twitter can be a great resource for running tips and news on upcoming races. Check out our suggestions of who to follow for great running advice and motivation.

1. Dean Karnazes (@DeanKarnazes)
Who: World-renowned runner, author and speaker. His greatest achievement was running 50 marathons in 50 cities in 50 days.

The best part: Karnazes is currently running across America and tweeting about it every day. He shares experiences from the road and offers up other insightful commentary.

Sample tweet: “Day 9 of 75. The unexpected heat in AZ continues. Still on track, but it’s taking a lot out of me. Little reprieve in sight. Loving this!”

2. HalfMarathons.net (@halfmarathons)
Who: Managed by Terrell Johnson, a Georgia-based runner, this account is tied to a website that lists every half marathon in the world. The site also has a regularly-updated blog and forum where runners can connect.

The best part: Every half marathon gets announced here. Johnson also talks shop with other runners and posts pics of events.

Who: Ultramarathoner who runs some of the most challenging races in the world. Featured in the New York Times besteller, Born to Run.

The best part: He gives an inside look at what it takes to be a world-class runner. Tweets about races, training, and responds to followers.

Sample tweet: “At Mile 23, Zach is still cruising up front, followed by Ian, then Anton & Scott. The sun is out and everyone looks happy!”

The best part: Ann’s your average runner who knows her way around social media — she’s tweeted more than 15,000 times. She posts about her races and engages followers; if you’re looking for running enthusiast, but not a celeb, follow her.

Sample tweet: “Heading down to the B&A Trail this morning for the half marathon. Hoping it goes better than expected.”

5. Frank Famularo (@Canadian_RUNner)
Who: Toronto-based bank employee and sports fan with a goal to run an ultramarathon.

The best part: He mostly posts about Canadian runs and often gives other runners advice. Like Ann, he’s no celeb, but his tweets about his workout regime and how he pushes himself are insightful.

Sample tweet: “The 16miler run today was with no fuel/water. Stopped once 4 less then a min. Why no fuel/water? Stressing my body to use fat&little water… Not a technique I encourage new runners. This is just something I do every few weeks.”