Can A Video Game Really Give You A Workout? We Tried It 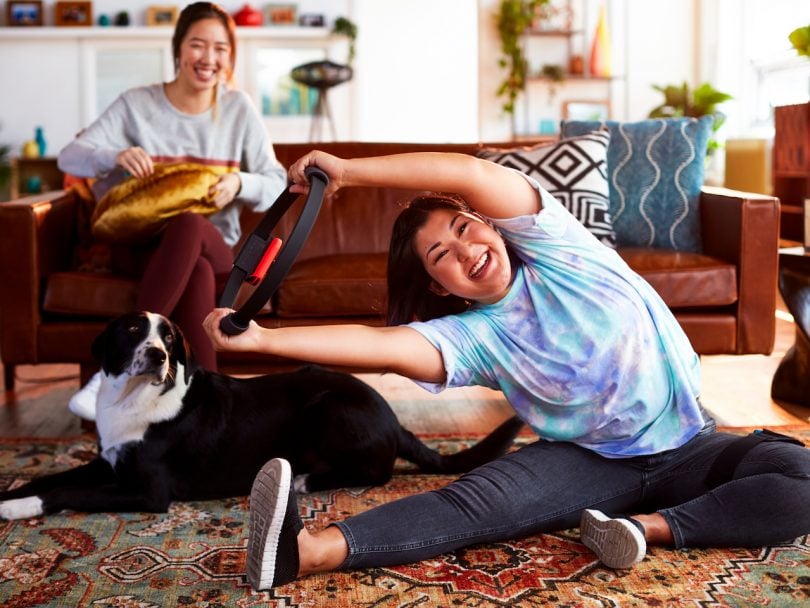 I’m running on a dirt road, under bridges and along winding pathways. My body is dressed in neon workout gear and my billowing orange ponytail glows brightly as I move my feet and legs at a brisk pace. As I jog by green pastures and shrubs, I occasionally pick up loose change. I’m coming up to a large gap in the road and I know I have to jump. I get ready, increase my pace and leap—but I forget to squeeze my ring controller at the right moment and I tumble onto the stone path below, forcing me to take the long way around. Just when the finish line is in view, I’m faced with a small, globular, hovering enemy I have to defeat by properly performing sets of squats, lunges and overhead presses. Each movement hits the purple monster with an attack. Five sweaty minutes later, the tiny enemy explodes and I finally make it to the end. To finish, I strike a victory pose with my arms outstretched above me.

This is the third level of Nintendo’s new Ring Fit Adventure, a movement-based multi-level exercise video game for the Switch console that’s meant to give players a fun way to work out. The two Nintendo Switch controllers get clipped into wireless accessories that come with the game—one controller into a springy Pilates-style exercise ring that you hold and use to direct your movement, the other into a barely noticeable holster on your left leg—and your movements are tracked and transferred to your character on-screen. Travel through the terrain at a light jog (which is more of an awkward on-the-spot jog), move a little faster to sprint, jump gaps in the road, and high-knee your way up staircases. (The game also has an “apartment” mode, which reduces the stomp factor, so your downstairs neighbours don’t get too annoyed or your toddler can take their nap in peace.)

At various points in the game, you’ll encounter new monsters, all of which get defeated through exercise circuits. They take the shape of round blobs, animated kettle bells with furrowed brows, things that look like basketballs with googly eyes, evil-looking floating yoga mats, or even bat-like dragons. (All of them are slightly cute—this is Nintendo, after all.) The attacks required to defeat your foes target major muscle groups in your legs, arms, back, abdominals and chest through static holds, balances or quick movements. All the while, the game tracks your progress and statistics: the number of calories burned, the distance you’ve travelled, the number of completed reps and your average heart rate. 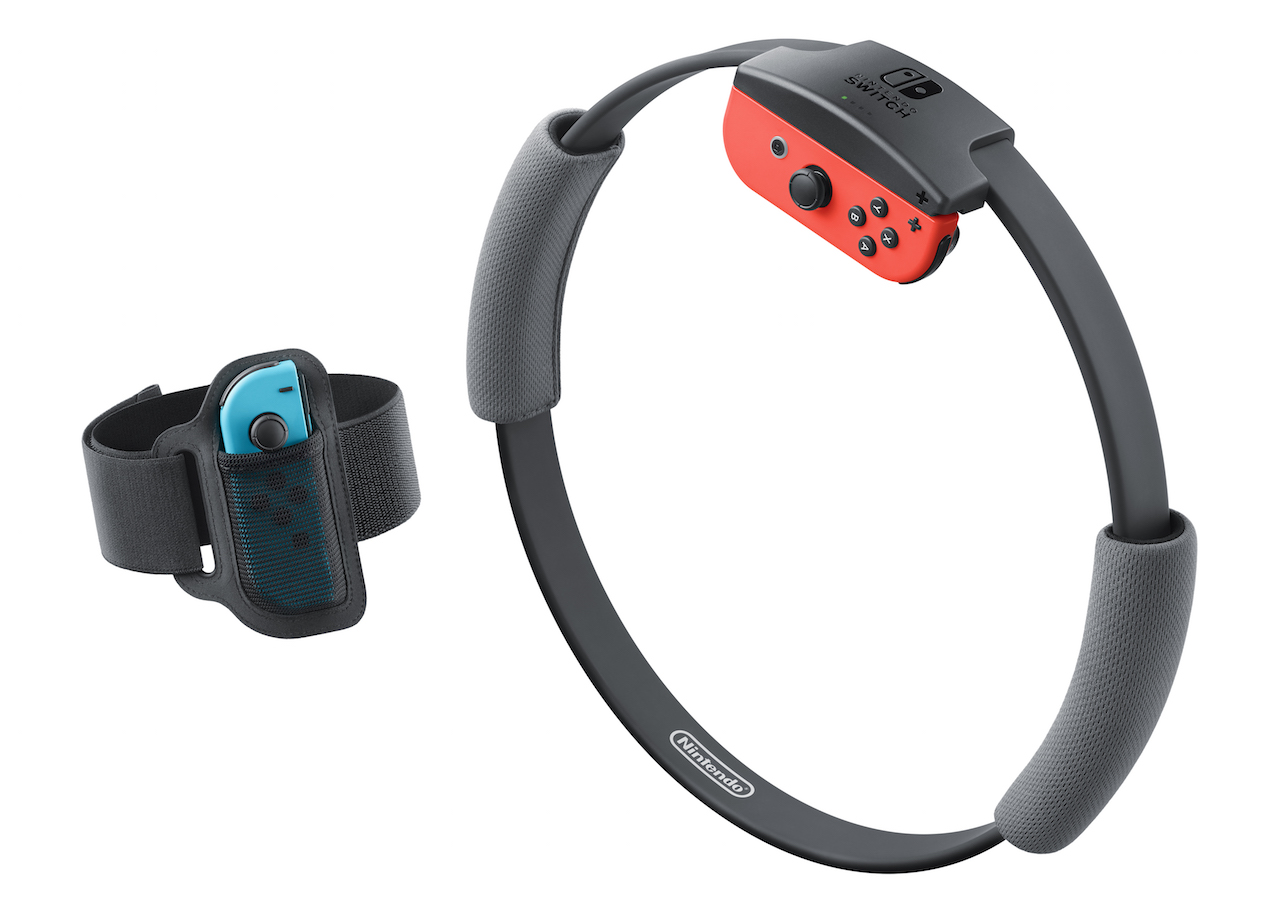 Strap the Switch controllers into a comfortable leg holster and a springy Pilates-style exercise ring which transfer your movements to your on-screen character.

Of course, there are some glitches and drawbacks. For example, though you may be squatting so low you’re practically sitting on the floor, the computer still thinks you’re standing. And why are all the characters shaped like Amazonian warriors? It would be great to have the option of selecting a more realistic body—though the flaming hair is a nice touch. (Your character’s hair glows more intensely as you more accurately and actively complete tasks, and the coins you collect can go towards buying new outfits.) Overall, it’s fun and definitely gets your blood pumping.

And, if you don’t have time for a whole level, try a mini game like walking a balance beam (tilting to catch coins—working your obliques and transverse abdominals) or pottery-making (make the matching shape by holding in a squat and continuously squeezing the ring between your hands with controlled pressure—harder than it sounds and a major burn for the chest, quads and glutes). Get competitive by testing your skills against others. Or forgo the game aspect all together: create custom workout plans, choose from a set of targeted movements to focus on certain areas of the body, or go into Multitask Mode so you can watch your favourite TV show as the Switch tracks and logs your progress in the background. (You can sync with your game later.)

Technology, in many cases, has become synonymous with sedentary lifestyle. Health Canada recommends 150 minutes of moderate to vigorous activity every week. And while wearable tech and exercise games may be an additional way help us get moving, experts say it’s not a good idea to ditch your run club or baseball practice. “These games are a good alternative to sedentary behaviour, but they’re not nearly as good as getting outside with your friends,” says Linda Rohr, dean of the School of Human Kinetics and Recreation at Memorial University in Newfoundland. While some of Rohr’s research found that “exergaming” may help improve overall physical literacy, video games can’t replace non-virtual exercise, preferably with your buddies, since socializing contributes to good mental and overall health.

Do a variety of exercises throughout your week to stay active. Games like Ring Fit Adventure can help you, as long as exergaming is an addition to your weekly exercise. The biggest point is to move, so you might as well have some fun doing it—whether you’re watching Netflix or playing Nintendo or enjoying the great outdoors. Take a family walk after dinner, go on a jog on the weekend, or cycle around your neighbourhood on a sunny afternoon. Wear your FitBit to count your steps. Let your Leaf necklace monitor your movement. Slip on your Motiv Ring to track your heart rate. If it’s raining or you’re feeling antisocial, do a couple rounds of squats and sit-ups while you watch The Crown. Or maybe you strap on the snazzy new Ring Fit Adventure and squat-attack some evil kettle bells.