Exploring the benefits a surprisingly small commitment to working out can bring. 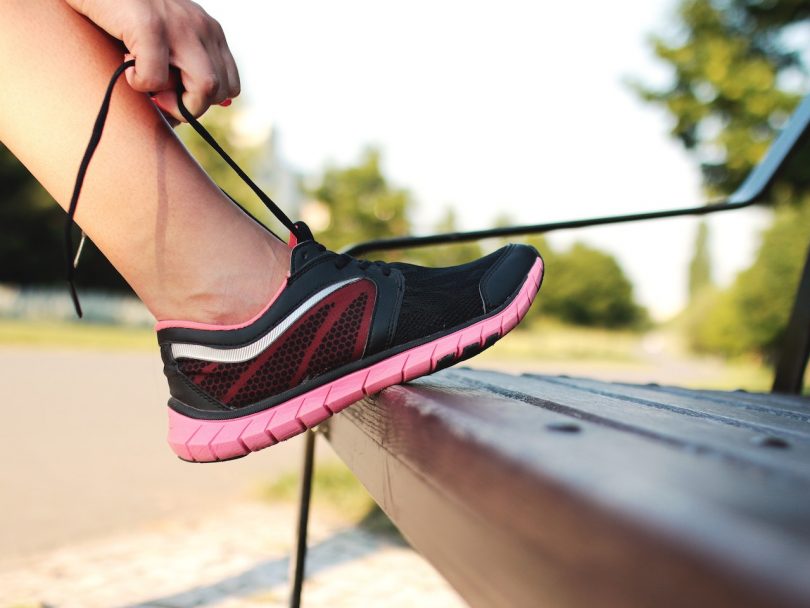 Fit in some exercise every day: It’s harder than it sounds. Given that I don’t have a ton of extra time, and the step-aerobics class I took a decade ago still haunts my dreams, I was intrigued by some of the research on high intensity interval training (HIIT)—which has shown that short bursts of activity can lead to impressive fitness gains. After speaking with Martin Gibala, chair of the department of kinesiology at McMaster University, one of the leading researchers in HIIT, I decided to focus on micro-exercises. Incorporating movement wherever and whenever I could (walking more, the odd set of jumping jacks, squats, sprinting up stairs and performing as many push-ups in a minute as possible)—doesn’t sound particularly fun, but it’s definitely doable. Here’s what Gibala had to say about the benefits of starting small— but going hard.

According to Statistics Canada, the average Canadian is sedentary almost 10 hours every day. Why aren’t we moving more?

The number one cited reason is lack of time. Now, depending on your perspective, that might be an excuse—if you look at the time spent on social media, clearly for some it’s an excuse. People feel that if they can’t devote one hour a day to exercise it’s not worth it, so they blow off their workout. But if you are willing to exercise very hard, very intensely it appears that you can get away with a surprisingly small commitment.

How little exercise are we talking about?

We have done studies where people have done three 20-second bursts of very vigorous exercise within a total time commitment of 10 minutes. Basically there’s a short warm-up, a brief cool-down and little bit of recovery within those those 20-second bouts. If people do that three times a week, even after six weeks we see a significant improvement in cardiorespiratory fitness.

But do you have to be an elite athlete?

For some people it’s just walking around the block and varying the pace a little bit—picking up the speed slightly for a couple of street-light poles. We’ve done studies on people with type 2 diabetes, obese individuals, and have shown that they can perform this type of exercise and benefit from it. Obviously there is an intensity-duration trade-off: the more intense you are willing or able to work it would seem the less total amount you have to do. But interval training can be scaled to almost any starting level of fitness.

We’ve been trying to get interval training out of the lab. One of the obvious types of exercise that we identified was stair climbing—as it is accessible to most people. We just completed a study using that three 20-second burst model, where people ascend four to five flights of stairs quite vigorously. What we found was that doing that three times a week is a very effective way to improve cardiovascular fitness. Pretty much any form of cardio exercise can be adapted for intervals, whether it’s rowing, swimming or cycling—or classic old school calisthenics. Things like push-ups, a pull-up or two, burpees, deep knee squats get the heart rate up so you get the cardiovascular boost, and you’re getting the strength benefits as well. Even if you just have 10 minutes during the day, you can fit in a very high-quality workout that is going to improve your health and fitness.

Kathryn Hayward is a fortysomething senior editor and a mom of two.

Get Strong: A Full Body Workout