The granddaughter of Ernest Hemingway tells us how coming from a family plagued by suicide encouraged her to get outside, and into nature, in order to cure her depression. 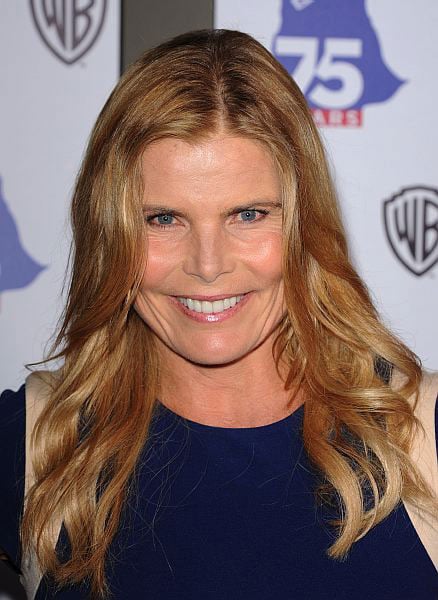 Mariel Hemingway grew up in a family where seven people lost their lives to suicide, including her grandfather Ernest. Suffering from depression for most of her life, Mariel, an Academy Award nominated actress, found solace — and her balance — in fitness.

The author of several books about healthy living and fitness, her latest literary endeavor is co-authored with her partner Bobby Williams, an adventure athlete, stuntman and actor. Called Running With Nature, the book extols the virtues of adventurous pursuits (Bobby is a stunt man and eco-adventurer) and getting outside more often to disconnect from technology and reconnect with both nature, and yourself.

I recently spoke with Mariel about her family’s troubled past, her own struggle with depression and how nature has healed her life.

Q: What kind of athletic pursuits did you have as a child?
Mariel Hemingway: I was an avid ski racer. I have always been an athletic and outdoorsy type — I started skiing when I was only two years old! I took up racing when I was seven and kept it up until I was 17. There was a lot of dry-land training as well with being a racer. I grew up in Sun Valley, Idaho and we were always doing active stuff outdoors.

I kept up the skiing after 17 even though I was no longer racing. My third movie was Personal Best [when Mariel was 20] and I trained really hard for that because I played a track athlete.

Q: Mental illness has affected you and your family for decades. How has exercise helped you overcome that?
MH: I suffered depression most of my life, and fitness and eating well has been very important in terms of battling this. Especially in my early childhood it was the thing that saved me because although it wasn’t a horrible home, there were people who were having a tough time. My mother had cancer and my dad had heart disease and people were fighting all the time and there was a lot of alcohol. And being out and moving in nature is what made me feel complete and whole.

Q: I understand yoga played a big role in overcoming depression for you. Can you share that experience with us?
MH: Absolutely. I do yoga five to six days a week and have been doing it since my 20s. A friend of mine introduced it to me. She was doing Bikram (hot yoga) and I started with that and then I came to L.A. and studied with Bikram himself. I never really loved the heat and same postures all the time, so then I got into power yoga, and even though I was an athlete, it kind of kicked my ass. The reason why was because of how I felt afterwards. There was a feeling of peace, and it just changed me. It calmed my body and it taught me a lot about being present in the moment and aware of my body. It’s been very important in helping me get through those darker times.

Q: You’ve written about finding balance in your life. What advice do you give people about achieving it?
MH: If you were to choose just two things [to find balance], the first would be to move your body. It doesn’t have to be crazy exercise. You can just take a walk in your neighbourhood. The other thing is to do this exercise with intention and mindfulness. This means do what you’re doing when you’re doing it. Look at your environment. Take it all in and even breathe it in. That’s the practice of being present. It’s like moving meditation and it’s a real life transformer.

An important part of this is to not be connected to technology. Tech is wonderful, but there needs to be a time where you turn it off. With running, for example, to do it well you need to be completely focused, so it’s worth ditching the music player. It doesn’t have to be all the time. Sometimes I listen to music and other times I want to hear the birds and the wind in the trees.

And if I can add one other thing, it would be to tell people that moving the body should be a joy. It doesn’t have to be viewed as drudgery. It should be more about getting out in nature and connecting with yourself and being conscious of what you’re doing.

Q: Speaking of getting out in nature, tell me about your book Running With Nature.
MH: My co-author Bobby Williams and I have been together five years now and we both share a similar philosophy that nature was the teacher and we felt the same way about food and exercise and adventure. He’s a real observer of life and he’s been a great teacher for me and a real inspiration. He taught me climbing. We were just out climbing this morning.

Basically, I think as often as you can get outside and be in nature is powerful for our spirit. We’re meant to be in nature, not cars and buses and offices all the time. Sometimes you should take your shoes off and just walk barefoot in nature to absorb some of the energy from the earth. And this doesn’t mean you need to live out in the country. I used to live in Manhattan and Central Park is so extraordinary. Lots of cities have great parks, so there is no excuse to just get outside a little bit.

Q: What sports are you into these days?
MH: Besides climbing, I still downhill ski, and I also ride my bike and go paddleboarding. Bobby is more of a surfer and I’ve tried it but I’m horrible at it. I almost drowned in Hawaii 15 years ago, but I still get out on the water even though it makes me nervous. Nothing really stops me.

We also go to an outdoor track once a week and do a lot of sprinting and we do kettlebells outside.

Q: How do you stay motivated to exercise?
MH: I don’t stick to any one regimen. When I was depressed I’d have to push myself, but I do so many different things now. I have a backyard that is full of equipment and stuff to do, slack lines and rope ladders and climbing ladders. We’re all about playing.

I let spontaneity take over. I remind myself that I’m blessed to be able to do something. Having the right attitude shifts the paradigm of how you feel doing it. Some days I just get out there and start moving and see what happens, and things shift. I’ll start off tired and go out there anyway for five minutes, and an hour later I’m amazed at how hard I worked. It’s something I get to do not something I have to do.

Columnist James S. Fell, MBA, is a certified strength and conditioning specialist with the National Strength and Conditioning Association. His syndicated column “In-Your-Face Fitness” for the Chicago Tribune runs in dozens of major newspapers across the U.S., and he also interviews celebrities about their fitness regimens for the Los Angeles Times. Fell is also the senior fitness columnist for AskMen.com. Based in Calgary, he is an avid runner, cyclist and weightlifter, and wishes he had more opportunities to go downhill skiing with his wife and two children. Visit his site for a free metabolism report.