Lance Armstrong: Is it ever too late to tell the truth?

Is it ever too late to ‘fess up -- or in the case of disgraced athlete Lance Armstrong -- to own up to the truth? 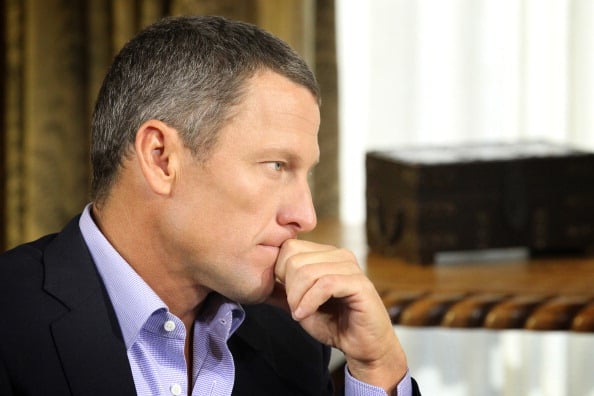 The truth will set you free — or so goes the oft-invoked phrase. It’s a comforting notion — that a Hail Mary morality pass will save the big game in the end. But can time for a moment of redemption run out?

We’re about to find out.

On Thursday, Lance Armstrong will sit down with Oprah Winfrey for a two-part interview that’s being publicized as a ‘no-holds barred’ conversation between the former Tour de France icon and the queen of the a-ha moment. Some news outlets are reporting that during the interview, the conclusion of which runs on Friday, Armstrong will apologize “and make a limited confession to using performance-enhancing drugs”.

Armstrong’s appearance on Oprah’s Next Chapter marks the first time that Armstrong has spoken at length to the press since he was officially stripped of his seven Tour de France victories after the U.S. Anti-Doping Agency released a report implicating the cyclist of using banned performance enhancers and steroids throughout his celebrated career.

The consequences of the report have been severe for Armstrong. Not only did he lose his titles and world standing, but he has been banned from competing professionally. Moreover, his once golden public image has been severely tarnished, and so much so that he resigned from his post as chairman of the Livestrong foundation, a charity he founded that has raised a great deal of money for cancer research.

What complicates Armstrong’s Oprah appearance may in fact be his history — not using the performance enhancing drugs, but of repeatedly denying that use. Rumours of doping dogged the athlete for years. And in every instance he vigorously defended himself from the charges. In some cases, he even took his accusers to court. As an article on CBC.ca notes, Armstrong’s confession may put him at risk of facing perjury charges in at least one such libel case.

But in the court of public opinion Armstrong has still yet to prove himself. After all these years, many of his fans may feel entitled to more than simply a “limited confession”. Whether or not the truth will set Armstrong free remains to be seen. But one thing is certain: the truth has a way of coming out whether you like it or not.