Is 'gymtimidation' keeping you from losing weight?

Find out what's keeping a majority of people from even walking into the gym in the first place. 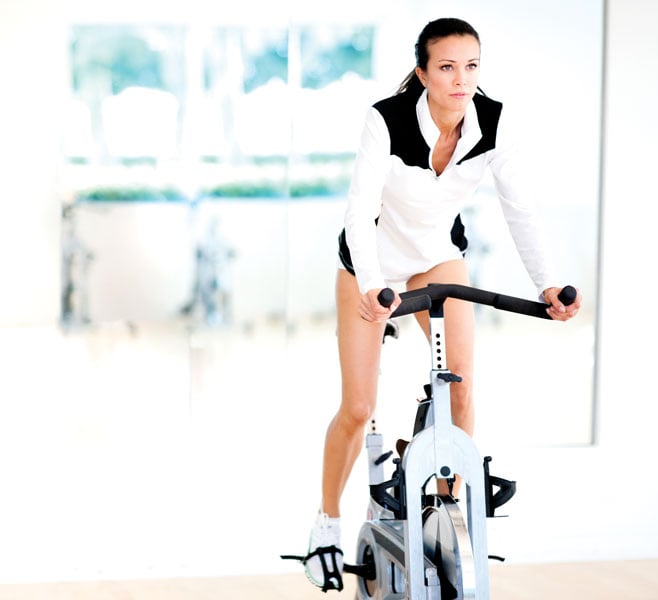 Is intimidation keeping you from heading to the gym?

Fear is a tricky emotion. On the one hand it keeps us from being reckless, lawless and downright stupid. On the other hand it can keep us from doing things that would immeasurably improve our lives. Exercise — or at least going to the gym — appears to be one of those positive experiences that fear keeps just out of reach.

The fear of stepping foot into a gym is so widespread that there’s even a clever term for it: “gymtimidation.”

But what are people so afraid of?

Cosmopolitan Body asked nearly 550 men and women this question, and it turns out “looking unfit” was the main reason.

Women appeared to fear being judged negatively at the gym almost twice as much as men — no surprise, given the relentless attention paid to women’s bodies — with 15 percent saying they were too unfit to even join a gym. Women were particularly concerned that the male gymgoers would judge them for being fat or unfit. They also worried about how other women would look at them.

Men aren’t immune to self-consciousness at the gym either. Male gym avoiders said they didn’t want to look like they didn’t know what they were doing.

And yet, while both sexes share appearance-related anxieties, these fears might not entirely account for their lack of gym attendance. Roughly 40 percent of men and women said the reason they don’t make it to the gym is because they’re just “too lazy.”

Is laziness a mask for anxiety, or is it the other way around? That’s a question each non-exerciser has to answer for themselves.

The good news: You don’t need to go to a gym to exercise. But if you do, keep in mind that a significant proportion of those people huffing and puffing around you are battling their inner anxieties and inherent laziness too.

Do you feel intimidated going to the gym? Tell us about it in the comment section below.