I tried laughter yoga. Should you?

What happens when you combine amusing role play with guided meditation and breathing exercises? Laughter yoga, a lighthearted practice with big benefits. 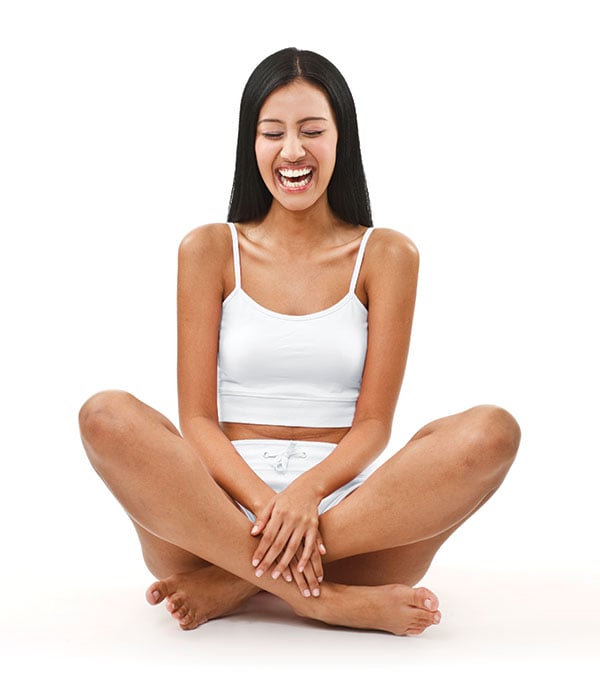 Physician and laughter guru Madan Kataria introduced this “complete well being workout” in India 20 years ago to lift the locals’ spirits and relieve their stress. Laughter yoga marries yogic breathing with forced laughter — no jokes, no comedy —  to release feel-good endorphins. The brain doesn’t differentiate between real and forced chuckling, so any old guffaw can help protect against heart disease, boost the immune system and relieve chronic pain, anxiety and depression.

I was sitting in a cognitive behaviour therapy class for folks suffering from anxiety when the psychiatrist popped in a video. The clip (from a BBC documentary) starred actor John Cleese and was about the rise of laughter yoga and how it can help both the chronically ill and the frequently fretted. I snorted loudly watching Cleese and a horde of happy people at a park in Mumbai. The doctor told us laughter groups are easy to find, and joining one might be worth a shot. I didn’t buy it, but then I remembered that old adage: laughter is the best medicine.

There are lots of free groups out there; some ask for a small donation. I spent $5 — a lot less than what I spend on other things that make me smile (Kate Spade handbags and hazelnut lattes).

How it went down

I don’t know what was funnier, doing the hokey-pokey with our certified instructor and six strangers; clapping while shouting “very good, very good, very good, yay!” after each silly exercise; or the unsuspecting couple who showed up for date night asking when the comedian would take the floor. Our instructor explained the practice, noting that we were to act like children. “Adults don’t laugh enough. Laugh like kids,” she said.

After a hearty belly roar, we practised deep breathing, gentle movement and non-stop giggling. We rode imaginary bicycles and took turns screaming (wonderfully cathartic, by the way) while we cackled. One exercise had us pulling out imaginary Visa bills, pointing at them and cracking up. (The opposite of what I do when I see my monthly statement.) Before we wrapped, a guided meditation centred us after all that infectious glee.

Walking to my car post-session, I was giggling — at the date-night couple, the silly chants and, most of all, at myself. An hour later, I had sore cheeks, a tired jaw, and I was still smiling. Even my abs ached from the continuous laughter. I felt light, calm and happy.