Feeling winded? Follow these tips on how to breathe when running

Marathon runner James Fell gets honest advice from a running coach on how to master your breathing technique and make running less strenuous. 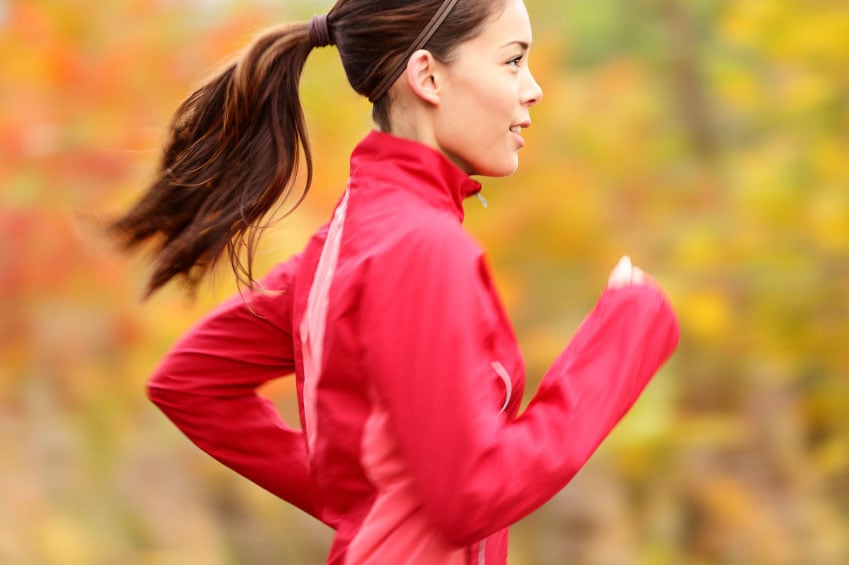 Control your breathing to make your runs last longer and training more effective (Photo by iStock).

There are many articles out there about how to breathe when running, and how to improve your breathing methods. This is another.

Except that it’s different, because I’m not going to provide you with some bizarre exercises or deep breathing methods to enhance your running lung power. Instead, I’m going to share some brutal truths.

When it comes to running, a lot of people are resistant to the idea of changing their actual technique. Not the way they breathe, but the posture they hold and the way they move their bodies. As it turns out, there are a lot of reasons to focus on improving running technique, because most of us are doing it wrong. (You can read more about that in this running technique article.)

“There is nothing you have to think about,” Dr. Jason Karp, who has a PhD in exercise physiology and is a running coach in San Diego tells me.

“Breathing should be natural,” he continues, “You don’t have to constantly think about what you’re doing.”

But trust me, there’s a little more to it.

“See if you can try to coordinate the two rhythms,” says Karp, who’s also the author of Running a Marathon for Dummies. What he means is that your breathing should be in sync with your foot strikes.

But what about one step per breath? In Karp’s opinion, that’s too quick. “When you’re running quick it’s as high as 90 steps per minute, and it’s hard to take 90 breaths per minute. That’s more like a panting.”

The only exception to this, says Karp, is during interval training. During the hard part of an interval (running at a very high pace), you’ll still be at the two steps/breath ratio, but towards the end, maybe for as long as 30 seconds, it’s okay to take one breath per step because you’re pushing to the wall. You can’t sustain that very long though. When you get to that point it’s a signal that it’s time to slow down.

But I can’t catch my breath? What can I do?
Answer: Get in better shape.

Karp explains that any funky breathing techniques, or taking a deeper breath to try and bring in more oxygen doesn’t work because you can’t go beyond the 100 percent O2 saturation point for your blood. When you’re running at sea level he says, your blood is already at total oxygen saturation because the partial pressure of the outside air forces the oxygen into your blood stream.

At really high altitudes this saturation starts to decrease, however. “At 5,000 feet elevation, while at rest, your blood will be at about 95 percent or more saturation,” he explains.

So what is limiting people’s ability to breathe while running? It’s not getting oxygen in, it’s getting the CO2 out.

And that’s a function of fitness.

“When people start running,” Karp says, “they’re not metabolically fit. They can’t expel the CO2 as efficiently. The problem is simple conditioning. Taking a deeper breath isn’t going to fix the problem. Getting in better shape is the solution.”

The biggest thing is to understand what’s going on and not blame your lungs. The limitation is not lack of oxygen or lung performance. If you feel like you’re out of breath it’s because you’re pushing past your physiological tolerances. The good news is, you can boost your running lung power via things other than running, like swimming, cycling, fitness classes, or anything that elevates your heart and breathing rate for an extended period of time.

Breathing effectively — and not getting out of breath while running — is a practice makes perfect kind of thing, so get out there.

James S. Fell, MBA, is a certified strength and conditioning specialist with the National Strength and Conditioning Association. His syndicated column “In-Your-Face Fitness” for the Chicago Tribune runs in dozens of major newspapers across the U.S., and he also interviews well-known celebrities about their fitness regimens for the Los Angeles Times. Fell is also the senior fitness columnist for AskMen.com and TIME magazine. Based in Calgary, he is an avid runner, cyclist and weightlifter, and wishes he had more opportunities to go downhill skiing with his wife and two children. His new book, Lose It Right: A Brutally Honest 3-Stage Program to Help You Get Fit and Lose Weight Without Losing Your Mind, is available now. Visit his site for a free metabolism report.