How exercise can help you overcome pain

A workout can seem like the last thing you want to do if you're dealing with chronic pain, but for these two women exercise has been the key to relief and increased wellness 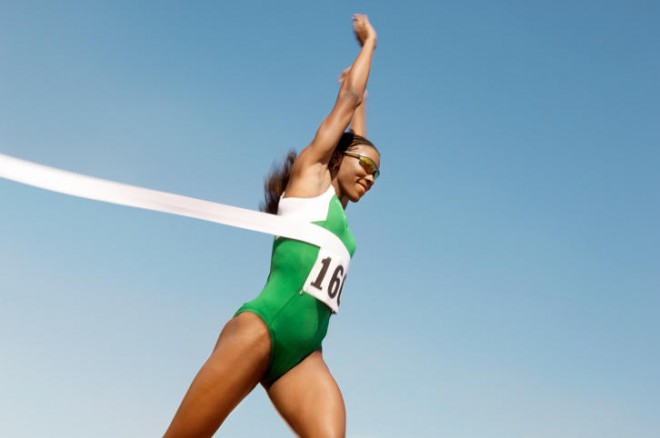 I have some experience with pain, but I also know a thing or two about learning to overcome it. I broke both ankles through the growth plates as a teen, but now I run about 50K a week. I’ve blown two discs in my lower lumbar, but I spend about four hours each week lifting very heavy things.

My own efforts pale in comparison to those of these two women, however.

Liz Claman is an Emmy-winning anchor for Fox Business Network. She is also a marathoner and triathlete with scoliosis. Her father, a doctor, noticed something was wrong with her spine when Liz was eight. A specialist confirmed the diagnosis of scoliosis and said she’d never be an athlete, and that running was out of the question.

Liz told me she obeyed the rules. “I’m not symmetrical,” she said. “My right leg slips out and does whatever it wants. My right shoulder hangs lower.” So she didn’t do much for exercise throughout her life, “Until I decided to break the rules. I wanted to be an athlete.” For Liz, wanting to become an athlete changed everything else.

“I was 38 and professionally feeling like I was in a rut, and I was too tired to change it,” Liz told me. “So I decided to work on the physical part instead.”

Breaking the rules by running a marathon 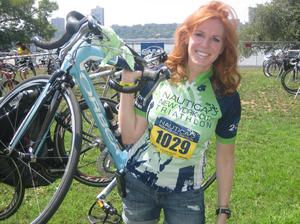 “I decided that I could run the New York marathon to crack the shell that had grown around me,” she said. “I approached a trainer at my gym who completely inspired me. He said I could do anything I wanted and we put a plan together.”

Claman said that her hips always hurt on her runs, and they came up with some stretches to compensate, but at the beginning of the New York marathon in 2005 she said, “I could feel pain in my hip after the first step, and I started to panic.” But she still finished the race, and she ran the whole way, with no stopping to walk.

After the marathon she switched to Olympic-distance triathlons, and has completed three so far. It’s been nine years since Liz decided to train for a marathon, and many things have changed since that day she decided to go against doctor’s orders. “In every part of my life I was able to break those rules. Professionally my career has soared and I have to believe there is a connection. I have to wonder had I not broken through the physical barriers then I wouldn’t have been able to do it professionally.”

Exercise as a way to deal with fibromyalgia 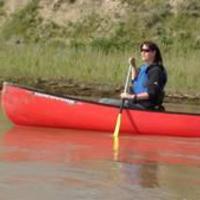 Fifty-three-year-old Lynn Leroux — one of my clients — is also very familiar with using exercise to overcome a debilitating physical condition. Diagnosed with fibromyalgia in the early 90s, she had been experiencing pain for 30 years. “I was getting extremely fatigued and couldn’t even do something simple like empty the dishwasher,” she told me. “I was just so tired all the time.”

“My husband [who I know to be a fan of fitness] always pushed me to my limits,” she said. “The early years were really tough and I just had to push through it.” But she kept pushing, because her desire was that she wanted to be able to go cycling with her husband and be able to keep up.

In the early years, she pushed exercise because of her husband, “but now I push myself,” she told me.

More recently Lynn has taken up weightlifting. “It’s made a huge difference because it’s given me a lot of strength,” she said. “Now that I have some core strength I can do so much than I could before. I’m in a much better place now. The pain is still there, but I can do more and for much longer and more frequently because I’m stronger.”

Lynn experiences much less fatigue now that she’s started weightlifting, and she credits a weight loss goal with her most recent accomplishments. “It wasn’t just about fibromyalgia anymore,” Lynn told me. “There were definitely some vanity goals that helped as well. I didn’t like being overweight and I’ve lost 20 pounds and am only five pounds away from my goal.”

Readers of my LA Times column will know that I’m okay with using vanity as a motivator for health and fitness, but these two cases show that pushing yourself with exercise can do so much more than just make you look better.

If you’re suffering from something — anything — exercise could be an effective treatment.

James S. Fell, MBA, is a certified strength and conditioning specialist in Calgary, AB. He writes the column “In-Your-Face Fitness” for the Los Angeles Times and consults with clients on strategic planning for fitness and health. Get a free metabolism report at www.bodyforwife.com.