Get fit with an intense interval workout known as Tabata

This fitness trend is popping up all over the country. Find out if it's right for you here. 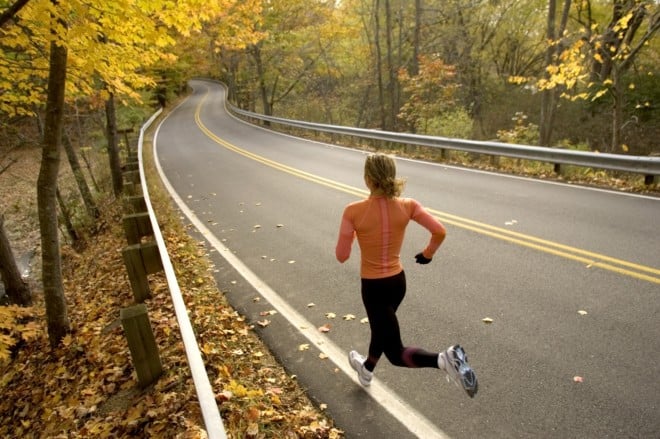 Tabata training (pronounced ta-ba-ta) involves a very short burst of all out effort, followed by an even shorter recovery period. The method involves 20 seconds of all-you’ve-got-intensity, followed by a 10 second rest, repeated up to eight times. Those 20 seconds last forever, and the 10 seconds of recovery go by in a flash.

If you asked yourself, “What is Tabata?”, perhaps the better question is, “Who is it?”

The training methodology was developed by Izumi Tabata, a physiology professor from Japan. He first built the “Tabata Protocol” working with the Japanese speed skating team analyzing the effects of high-intensity interval training. Through this he found, “the exercise can be completed in only four minutes if repeated eight times, more than enough to make even a fit person exhausted.”

For his research, Tabata put participants on stationary bicycles, but this method can be used for other kinds of training, such as running, swimming, or even sea kayaking.

The entire series works out to a four minute workout that you can then repeat if you’re up for it. The problem is that some sell Tabata as allowing you to achieve amazing results in only four minutes of exercise a day, which is not exactly true. We’ll get into that later though. Let’s focus on the positives first:

How to do it
You’ll need a stopwatch, and if you can set it to beep at 20 and 10 second intervals then you’re laughing (and more technically capable than me).

A stationary bike works, but running will get you the best results. Note that this will not work on a treadmill because the intervals are so short that you’ll spend all your time adjusting speeds. You’ll need either a track or the great outdoors. If you’re outside, make sure the surface isn’t slippery because you’ll be going at top speed. How you time it for something like swimming will take experimentation (or a friend with a whistle and some free time).

Three reasons to do Tabata

1. Because you want to get faster
Tabata training is really just another form of high-intensity interval training, which has been a proven tool for years in the exercise physiology world for boosting speed, and not just the short burst kind. Whether it’s to run a faster 5K or to get faster in a marathon, a variety of interval training techniques — where you alternate between very fast and recovery — is going to help you in terms of getting faster over significantly longer distances. For more on how that works read this.

2. Because you want to tone your muscles
I’m not really a fan of that word “tone” because I don’t think it’s an accurate description of what actually takes place, but Tabata training specifically has the ability to build muscle that is going to look good and give you that look.

If you’re doing Tabata on a bike, it’s only going to work from the waist down but if you Tabata while you run, it will hit you head to toe. The reason is because such a short-burst, all out sprint is a lot more like weightlifting on your metabolism than going for a long jog. It rips those muscles apart and then they start rebuilding, bigger and better.

3. Because you want to boost anaerobic performance
I mentioned that Tabata (and other types of intervals) boost long-distance running performance, but this type of training also improves the short-burst stuff. When you do all of that sprinting, you become a better sprinter, and that’s even cooler than it sounds. Whether it’s outrunning the competition, chasing after your kids, or being the first one in line at a shoe sale, fast is awesome. It can also make you better at lifting weights and playing sports as anaerobic exercise helps build strength as well.

Three reasons not to do it

1. You don’t like pain
I’m not going to lie, Tabata training (or any kind of interval training) is painful (read my tale of woe here). It burns the lungs, makes your heart serve you with divorce papers, shreds muscles and pounds joints. Can you take the punishment? For exercise to be motivating, it needs to be fun. Some people really like the “OMG I’m gonna barf” feeling, while others prefer to keep their intensities moderate. Which are you?

2. You’re not in good shape
Tabata is not a good idea if you’re just starting out. It is necessary to build up a solid base of fitness before engaging in this type of training or you’re just asking for an injury.

3. You think it’s going to burn lots of fat
Interval training has been lauded as a miracle fat burner, and it just plain isn’t. More than anything else, weight loss is about diet and restricting calories. To make any serious dent in your caloric intake with exercise you need to focus on a high total volume. Going for long runs, swims and bike rides at a moderately good pace is going to burn the highest total number of calories for aiding weight loss. Intervals and Tabata are not some miracle method for boosting metabolism. Sorry.

If you have a solid base of fitness and want to try it, I say go for it. Boosting physical performance is highly underrated in a world where so many focus on vanity as a motivator for exercise. One caution is not to overdo it. Twice a week for Tabata is good, but much beyond that can lead to injury. Most importantly, aim to have fun!

James S. Fell, MBA, is a certified strength and conditioning specialist in Calgary. He writes the syndicated column “In-Your-Face Fitness” for the Chicago Tribune and consults with clients on strategic planning for fitness and health. Get your free Metabolism Report here.