In case you haven’t already noticed, I like to move, and I’m attracted to activities where the challenges seem great. 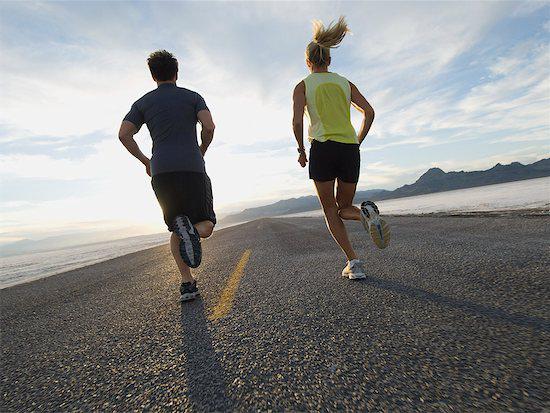 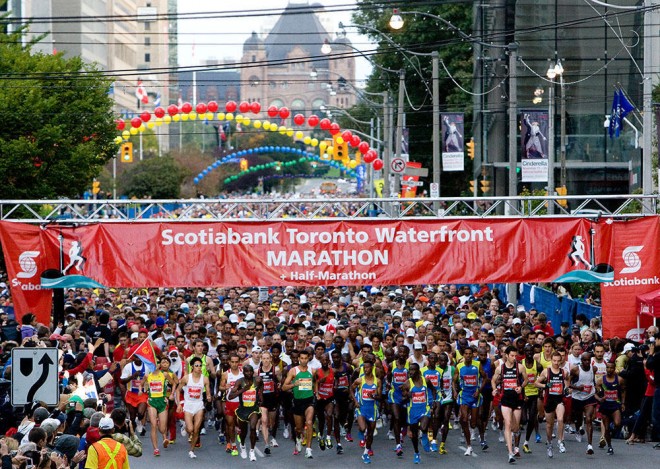 In case you haven’t already noticed, I like to move, and I’m attracted to activities where the challenges seem great. In a few weeks, I’m joining four women on Oxfam’s Trailwalker Hike, a 100km trek that must be completed in 48 hours. To be honest, I signed up not really knowing what a kilometre looked like (I’m used to miles), but I’m not worried. Team spirit has incredible powers to motivate. And I subscribe to the school of “one foot in front of the other.” This logic also compelled me to sign up for Toronto’s Waterfront Marathon.

That’s why at 9am on October 16, you’ll find me with over 5,000 people, taking the first step of my first marathon. I’m excited and scared all in the same breath. It’s 115 days away. I’ve still got a lot of ground to cover.

In preparation, a few weeks ago I attended “The Secrets of Marathon Training,” an evening discussion with guest speaker Canadian Running’s senior editor Alex Hutchinson. He shared important insider tips, and afterward, a panel discussion with Canada’s top runners helped nicely round out the night. (I encourage you to go out and get Hutchinson’s latest book, Which Comes First, Cardio or Weights? It’s a fantastic read, packed with interesting facts and training truths, and I can’t recommend it enough.)

Here are five things I took away from the session that can help you reach your next fitness goal, whether it’s walking around the block or running a marathon:

1. Put mind over matter: Hutchinson says that a marathon is as much a mental process as a physical one. “You’ve got to teach your brain that you can run great distances without collapsing,” he says. “The brain is cautious, but it it isn’t infallible. Each time you get out and push beyond that wall, you’ll find you can go just that little further than you thought you could.”

2. Do a mock-marathon: The runners on the panel stressed that this doesn’t mean running 26.2 miles in one go just yet; it means deciding how early you’ll need to get up to get a little breakfast fuel into you, taking into account your travel time to get to the starting line — and then actually going through the race-day motions over the course of a few Sunday mornings. Not many of us get up at 6am (or earlier) on Sundays, but that will be the reality on race day. It’s important to do a few long runs on Sunday mornings to get your body into the marathon-day mode.

3. Think less about breathing, and more about your surroundings: German researchers studied a group of runners and found that those who thought about their surroundings while running performed better than those who focused on their breathing or running form, Hutchinson told us. While running is a much more complicated movement than most of us give it credit for, it’s important not to get too hung up on the mechanics on race day. You’ve got to trust all your training.

4. Don’t underestimate the power of team spirit: Hutchinson talked about an interesting study from last year that involved Oxford rowers. Researchers measured the endorphin levels in their brains when they did solo workouts on rowing machines, and in group settings when they rowed together. “Their pain threshold (a proxy for endorphins) rose twice as much as when they did an identical workout alone,” explained Hutchinson. “This tells us something important about the value of group exercise.”

Race day can really motivate a runner: “You will be able to do things on that Sunday that you couldn’t have done earlier,” said Hutchinson of the immense team spirit that you can feel as one of 5,000 runners. Surrounded by others, it’s impossible not to tap into that group spirit, and to feed off that energy when the road starts to feel too long.

5. Do what feels right: My favourite piece of advice came from long-distance running veteran Ed Whitlock, aged 80. He’s the fastest octogenarian runner on the planet, and he’ll be in Toronto in October, aiming to run the marathon in under three hours.

“If I can run, I run. If I can’t, I rest,” said Whitlock of his training schedule. He runs up to three hours in a single training session. He also said, “I don’t pretend to give advice. I just do what feels right.” Across the panel, all the runners seemed to agree on this idea. You have got to listen to your body each step of the way.

I’m running in October for my grandmothers, and for the women who made the first great strides to ensure that all women could enjoy the freedom of movement, exercise and sport. As late as the 1960s, physical education teachers told girls that they risked sterility by running too fast. To the women who get out there on a daily basis and get their hearts pumping: I’m rooting for you. It’s amazing to think how far we’ve come, and of the places we can go when we keep putting one foot in front of the other.