Surrounded by sweets and not sure how to resist? Find out how an amped-up workout session can help you cut those cravings. 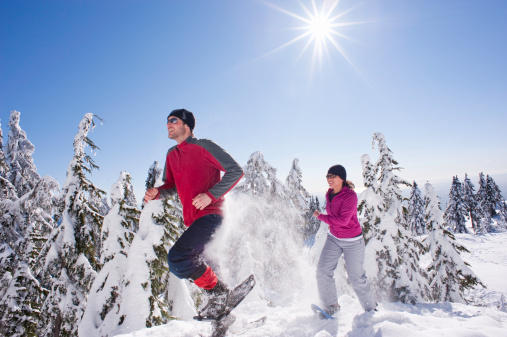 That Toffifee stuff is the devil.

It used to be that if it had the word “nut” in it, my kids were allergic to it and keeping things like Turtles, Toffifee, Ferrero Rocher, pecan pie, and a whole host of other yummy nut-containing treats out of our house was no contest.

Recently, our allergist gave us the “good” news that the only nut they’re still allergic to are peanuts. While this is indeed good news from a risk-management perspective, I’ve been subjected to two kids making up for lost time on chocolate-covered almonds and the aforementioned tasty treats. They really love those Turtles. Talk about truth in advertising.

I’ve had to put my foot down.

This is the time of year that you’re inundated with yummy chow, and a lot of people gain some weight — and then often don’t lose it. There is no end of advice articles about how to avoid holiday weight gain, and this is one of them.

However, I’m going to take a different approach. The others will give you good advice about pre-eating healthy stuff, skipping parties, going easy on the booze, only picking treats you really want, and a host of other tried-and-true tricks for not having the tape measure move too much come your post-holiday measurements. I think you should read that advice and follow it.

But perhaps consider this advice of mine as well: going hard with exercise can blunt your appetite for junk.

First, a warning: Intense exercise, if you’re not accustomed to it, can wreck you. Pacing yourself is key, so exercise caution, no pun intended.

Have you ever experienced a “runner’s high?” Yeah, me neither. Although I have experienced the runner’s “Gee, I think I might barf.” While some may get some kind of high off intense exercise, there is a mountain of evidence to show that exercise works on the same neuro-chemical reward pathways in the brain that do addictive things such as booze, drugs, gambling, and even extra yummy food.

Tasty treats give you a rush of feel-good hormones. So does intense exercise. The harder you exercise, the greater the rush. You may not feel it in a “What seems to be the problem, officer?” kind of way, but a hard workout does create a neuro-chemical cascade of those hormones that gives you that same “fix” you get from eating highly palatable food.

My guess as to why I — and many others — never feel an actual runner’s high is because those hormones are only doing their job of blunting the pain we feel from pushing it to the wall. It’s analogous to a person experiencing intense agony not getting stoned off morphine, but just getting pain relief.

What happens is that you fulfill your reward needs via engaging in something healthy as opposed to inhaling something sugary. As a result, the cravings for junk food are decreased. What’s more, if you do eat the junk, it doesn’t seem to taste as good because your reward pathways have already been sated.

(Interestingly, this doesn’t just work for junk food. Intense exercise has been shown to reduce cannabis cravings as well. My wife, a family physician, knows of a number of cases of former heroin and other hard-drug addicts that got clean and controlled their addictive desires via lots of intense exercise. I’ve heard of marathoners and Ironman triathletes who are former junkies. They replaced a bad addiction with a good one.)

How hard do you have to push? Well, not to the wall, but well beyond comfortable. Walking isn’t going to cut it. You need to get your heart rate to a good 70 percent of your maximum (75 percent would be better) and keep it there for a while. Again, don’t wreck yourself. If you’re a couch potato you can always consider this advice for some time in the future, once you’ve adapted.

I don’t wear a heart-rate monitor, but instead follow an adapted version of the sing-talk test. The saying goes that if you are exercising and can sing, it’s not hard enough. If you can talk but not sing, then that’s a good level. I like to push it harder, following the advice my friend Kris gave me: “You can talk, but you really don’t want to.”

There is one last bit of advice that I’m a bit reluctant to give, but I’ll share it anyway as long as you promise to proceed wisely. I’ve shown that things like interval training don’t burn extra calories, but what they can do is suppress appetite (PDF). What happens is that when you’re pushing it to the max for brief periods, your muscles become oxygen starved and your body starts to shut down non-vital systems to compensate. The first to get less oxygenated blood is the digestive system. This can create a slightly upset stomach feeling that lasts for hours. It’s not exactly bad for you, but it can make you feel less like inhaling half the treats at the company Christmas party.

Again, I’m not advising this as a dietary strategy, as I don’t think purposefully engaging in interval training with the idea of making your stomach feel off is such a good idea. Just know that when done with extreme caution, it’s another possible tool in fighting the call of the cookie, cake, and cream puff.

James S. Fell, MBA, is a certified strength and conditioning specialist in Calgary, AB. He writes the column “In-Your-Face Fitness” for The Los Angeles Times and consults with clients on strategic planning for fitness and health. Get a free metabolism report at Body For Wife. Email James at james@bodyforwife.com.