Cycling to work: How I got my butt in gear at 41

Convinced I would die a horrible death if I didn't get regular exercise, I started cycling 14 kilometres to and from the office. It's been four months — here's what I've learned. 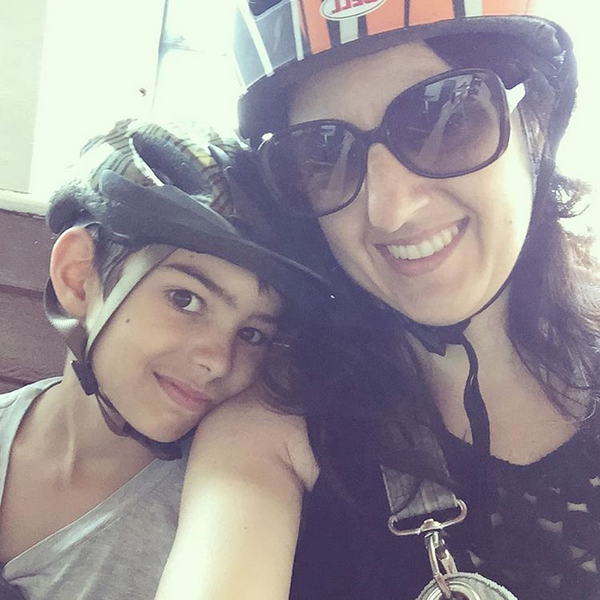 Like a total Gen-X cliché, I turned 40 last year and decided it was time to exercise. This was as good as it was gonna get, I thought, and it was time to take action before everything started sliding south, like a soft-serve cone on a hot day. I convinced myself I would die a horrible death if I didn’t get active. I owed it to my family to set a good example of healthy living. Plus, I kinda expected I’d be … taut-er at 40.

With a busy job (I manage digital products for Rogers Publishing) and two kids under 10, I was on a daily guilt-trip for the greater part of a year. Each time I accepted a meeting scheduled during my lunchtime workout or answered two more emails before rushing out for the daycare dash rather than hopping onto the elliptical machine, I hated myself a little more.

One early spring weekend, my son at a friend’s house with his bike, my husband encouraged me to pick Nate up on two wheels. The subsequent ride was torture, a flurry of tears. Man, I hated that old bike. Then I had my Oprah “a-ha moment.” I decided I would treat myself to a lighter, sparkly-new comfort bike. And I would ride the 14 kilometres a day to the office and back.

To offset the cost, I would not buy a public transit pass for five months. This would also keep me from cheating and getting on the bus. I named my new best girl Donna Summer (homage to the original Bad Girl) and began to Instagram and Facebook my journey to keep myself accountable.

It’s been just over four months of getting my exercise doing something I was doing anyway­ — getting my arse to and from work. Save two weeks of extreme heat waves, I’ve been incredibly consistent. Which is shocking to me, because the only habit I’ve kept for longer is biting my nails since Grade 7. Here’s what I’ve learned on my velo-commute.

1. Biking to work will not make you skinny, because you’ll say, “Oh I can eat that! I biked to work today!”

2. It will, however, give you some serious quads, as well as what some might consider upper arm definition. And possibly some abs that will be obscured by jiggly fat and stretched skin from two babies (but there are totally abs under there).

3. Don’t worry about people passing you. Salute them internally, especially if it’s a woman 30 years your senior.

4. A gentle ding of a bell or a “passing on your left” is always appreciated.

5. Garbage day in ritzy neighbourhoods reminds you that rich people’s poop stinks too.

6. The universe is pretty fair mistress most days. After the crushing blow of a cute bearded man-bun circumventing me to ask the PYT ahead for directions, a Gael Garcia Bernal lookalike gave me an appreciative smile and hello just five minutes later. Plus, the GGB twin was wearing a helmet, so I took bonus points for attracting the smart one.

7. Wearing a helmet is non-negotiable. Buy yourself a cute one.

8. I need to listen to traffic so I don’t die, so I skip the ear buds. But belting out love songs to your bike while you ride is totally acceptable. Some days it’s Jodeci’s “All My Life” or Ed Sheeran’s “Thinking Out Loud” or some other random pop ballad. Leave your earworm suggestions in the comments below.

9. Being hyper-alert while you try not to die for 30 minutes makes you feel very alive.

10. Your colleagues will become your greatest cheerleaders. Reward them by bringing a change of clothes and a stick of deodorant to work.

11. Hills will become your friend. You will get to a point where you seek them out because you need to punish your brain for stressing too hard.

12. But if you don’t give yourself permission to walk up a hill when you need to, you might never get on your bike. A wise friend taught me that.

13. The most dangerous part of my ride each day is the moment I try to convince myself not to take Donna Summer out. Battling my own excuses is tough, but reminding myself of just how good (and less angry) I will feel if I face the challenge is usually enough of a motivator. Knowing I’ll feel less guilty for hitting the Ben & Jerry’s later isn’t too bad either.