CrossFit: Drop pounds in no time with the newest exercise craze 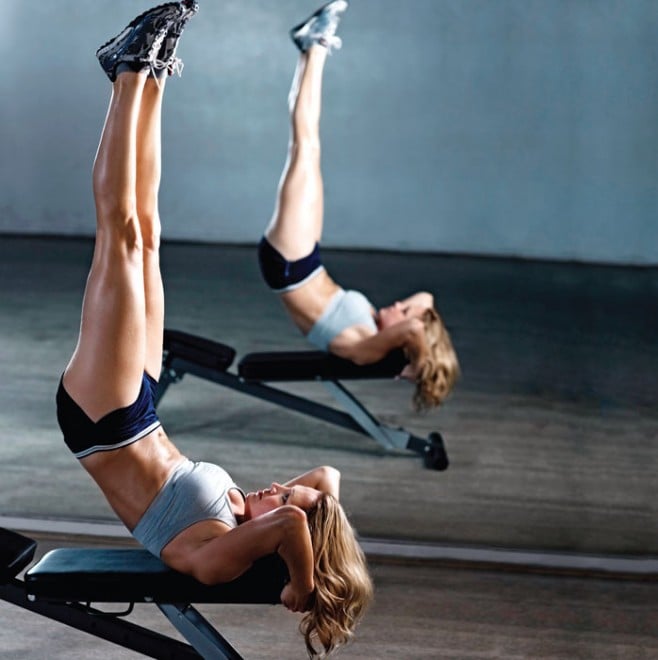 After 30 minutes of blasting through an intense circuit of burpees, hauling bags of sand, flipping truck tires and rowing at top speed, sweat pours off participants at a recent CrossFit class in Montreal. Some people say they even feel a little nauseous. But no one seems to care: For devotees of this extreme exercise style, it’s that fierce, pushed-to-the-limit feeling that drew them to the sport in the first place. That, and it offers super-fast results combined with a real adrenaline rush.

CrossFit gyms started cropping up across North America many years ago, though the sport has surged in popularity recently and the number of gyms has spiked. The locations tend to be unassuming warehouse spaces, with bare rooms, concrete walls and high ceilings. Standard equipment includes kettlebells, tires, gymnastic rings and ropes.

The circuit
In a typical CrossFit session, a coach leads a group of five to 20 people through a pre-set circuit of moves. Participants are encouraged to track their time and motivate each other to finish faster. “We like to create an atmosphere of friendly competition,” says Jordan Symonds, co-owner of Reebok CrossFit Liberty Village in Toronto. “It’s about constant variety and functional moves that work your entire body.”

The payoff: Rapid improvements in your endurance and strength, significant changes in your body shape and a gym experience that doesn’t get boring. “You work a lot more muscle doing CrossFit and in very different ways,” says Stuart Phillips, a kinesiology professor at McMaster University in Hamilton, Ont.

Despite the intensity, all CrossFit workouts can be adapted to a person’s strength and ability by using modifications or props, says Deanna Whiteley, co-owner of Crossfit Zone in Victoria. That means both grandmas and police-academy trainees can effectively participate in the same session, which is particularly inspiring for anyone who’s never dreamed of doing a chin-up. “What I love most about CrossFit is that you can get people doing things they never thought they could do,” says Deanna. Even her mom (at 58) is banging out handstand push-ups and loving every minute of it, she says.

You can do it, too!
CrossFit trainers from coast to coast agree they see a diverse group of clients. “Not all people who start a CrossFit program are sporty — or even fit — when they walk through our door,” says Suzanne Bourgeois, co-owner of CrossFit Edmonton. “But that changes pretty fast.”

CrossFit lover Renee Kopp, 41, attests to its transformative power. The Toronto lawyer joined her local CrossFit gym last February. “I was struggling with my weight and prior to that, I had a hard time sticking to a fitness program,” she says. “With CrossFit I get this high that I can’t explain, but it brings a smile to my face…. And I can now do 40 push-ups uninterrupted and have no difficulty carrying 50-pound bags of sand from the trunk of my car to my kid’s sandbox in the backyard.” One other unexpected bonus: Renee says CrossFit completely eliminates her PMS symptoms.

Natasha Nielsen, an Edmonton-based 38-year-old mom of three, was barely 105 pounds and totally out of shape when she started doing CrossFit six years ago. “I was so weak, I’d have to take a break halfway through blow-drying my hair because my arms got so tired,” she says. She may not look like someone who wants to push it to the limit every time she hits the gym, but moms like Natasha have been taking to CrossFit like kids to Dora the Explorer.

“I call it ‘super mom strength,'” says Deanna, the idea being that after birthing and raising babies, some sweat and pain in the gym seems like no big deal in comparison. “They may not think they can do a workout like this, but then they try it, and they can’t get enough. It’s addictive — in a good way.” Doing CrossFit workouts three times a week has transformed Natasha, who says her arms and bum are more defined. She’s also gained 20 pounds of pure muscle without bulking up.

A strong community
Like other women hooked on CrossFit, Natasha feels more energetic and stronger — in body and mind. Suzanne recalls a client telling her that all she could think during a difficult meeting with her boss was, “I could totally deadlift this guy.” That kind of empowerment isn’t easy to come by.

Neither are the friendships being made in CrossFit gyms across the country. Renee credits a recent fitness victory, skipping and running 400 metres for the first time in years, to the encouragement she received from one of her workout buddies. “It’s the sense of community that comes with CrossFit that allowed this moment to happen,” she says.

Natasha also credits the close ties she’s made at her gym with keeping her going and making all the hard work so much fun. “It’s not a normal gym where you might smile at someone, but you go about your workout alone and then hit the showers. When I get to the CrossFit gym, the coaches are there, everyone knows each other, and my friends are waiting. It really is amazing,” she says.

CrossFit essentials: Must-haves for the workout of a lifetime 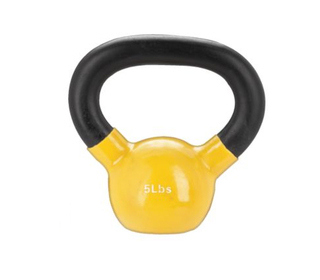 Kettlebells
These cast-iron weights work a larger range of motion (and muscle!) than standard dumbbells. You’ll see them in almost every CrossFit program. 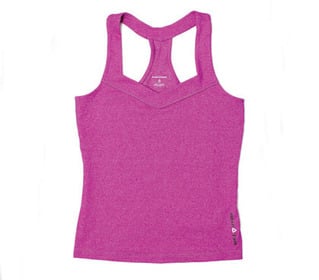 Sports tops & shorts
Suit up in form-fitting gear that keeps you cool and lets you move through a full range of motion. 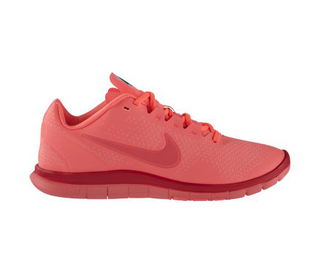 Have you ever tried CrossFit? Click here to read about one woman’s CrossFit experience.

Flexible footwear
Be ready to run, jump and do drills with shoes that fit naturally and enhance flexibility, so it feels like you’re training in bare feet.