Can you meditate while you run?

Running can be fun, joyful and incredibly liberating -- but it can also be hard on your joints. ChiRunning is a radical approach to effortless, injury-free running, says Danny Dreyer, a running and walking coach and creator of the practice. 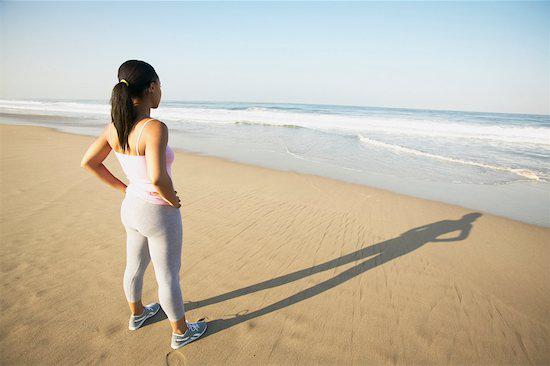 Running can be fun, joyful and incredibly liberating — but it can also be hard on your joints. ChiRunning is a radical approach to effortless, injury-free running, says Danny Dreyer, a running and walking coach and creator of the practice.

Get back to your running basics

First, you’ve got to retrain yourself to run like a child. Danny Dreyer says that stress and tension build up over a lifetime and can wreak havoc on your running form. When kids run, however, the motion is easy, natural and fun — like playing a game of tag. While it’s often seen as normal for many runners — especially weekend enthusiasts — to experience at least one running-related injury a year, that’s not the case with children. The reason is simple, according to Dreyer. Running doesn’t injure you — poor form does.

Children don’t focus on building up leg strength in order to run faster or longer, and the same theory forms the basis of ChiRunning. Building up leg muscles is an unbalanced, bottom-heavy approach to running. In the same way that you wouldn’t add more bulk to a machine if the cogs were jammed, Dreyer urges his running club to make the movement smooth and from the core. Run with chi, not with muscle. To borrow a metaphor from Dreyer: the strength of a tree is in its trunk, not its leaves.

Children also don’t think very much about running. As a result there’s little effort to their movement and less chance for injury.

Running like a child takes a fair amount of effort at first.  Dreyer stresses three points:

Good running posture doesn’t mean a ramrod-straight back. It’s a two-part process that starts with a slight forward lean. Instead of working against gravity, go with it. The lean isn’t a hunch. It generates from your waist, not your shoulders. “Allow yourself to fall slightly forward,” writes Dreyer, who stresses using your legs for “support” (so you don’t fall) instead of “propulsion.”

Then hit the pavement — the right way

The next step involves re-working your foot strike on the pavement. The common heel strike is like “a mini head-on collision between your foot and the road,” writes Dreyer. Instead, aim to hit the ground with your mid-foot, “leading with your upper body and relaxing your lowering body, so that the force of the road coming your way will swing your legs for you.”

Re-training your feet to land on the mid-foot requires patience and concentration. In moments of frustration, consider this beautiful quote from the book’s first chapter: “A good runner leaves no footprints” (Lao Tzu). As Dreyer shows us, running can be an expressive art form like dancing. With the proper biomechanics, it can become much more than a physical activity.

Run for the right reasons

ChiRunners speak about how much they enjoy running, using words like “fun,” “joyful” and “it feels great.”

Most refreshing is the idea of ChiRunning as a process of running for life, not in order to whittle your waist. Speed and distance gains are “by-products,” Dreyer writes, not end-goals. His method can show runners, especially the injury-prone, that most times you find that exactly what you’re looking for was right there all along — you just had to let it go before it could come back to you.

Start this week by running like child: focus on a straight back with a slight forward lean, a step that strikes with the mid-foot and legs that land a bit behind your centre of mass. Next week, we’ll explore how to run according to nature’s laws.