The best activity for burning fat and losing weight

Researchers at Duke University reveal the absolute best activity to do when it comes to fat and weight loss. 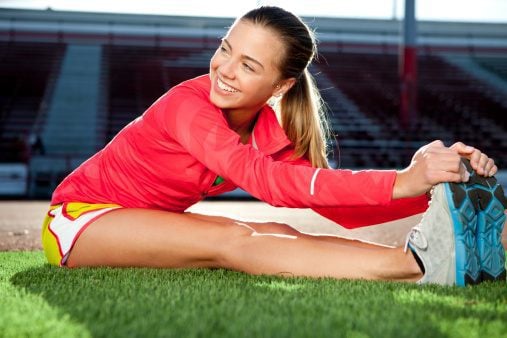 What physical activity burns fat best? While there are those who claim that weight lifting and resistance training are superior methods for shedding pounds, others are just as passionate about the power of aerobic training to beat the battle of the bulge.

But which fitness faction has the right idea? According to a new study discussed on CBC.ca, aerobic activity has the clear advantage when it comes to burning fat.

Concerned about the kind of exercise advice being given to people, researchers at Duke University wanted to see just what kinds of activity offered the best results when it came to fat loss. For the study they compared the benefits of such aerobic exercises as walking, running and swimming with resistance training and weight lifting.

To test the effectiveness of each, the researchers assigned more than 230 obese adults a specific fitness routine.

One third of the participants were put in an aerobic model, logging up to 19 kilometres a week. Another third performed resistance training three days a week (three sets of 8-12 reps) and the last group did a combination of both the aerobic training and the weights.

After assessing the results, the researchers discovered that it was only the aerobic activity model that resulted in both fat and weight loss. That’s not to say that the other groups didn’t show results. In fact, the resistance training group did build more muscles mass — they just didn’t lose any fat or weight. The combo group did lose weight and fat — just not as much as the aerobic group.

Summing up the findings, the article quoted Cris A. Slentz, a Duke exercise physiologist as saying, “Our study suggests that aerobic exercise is the best option for reducing fat mass and body mass. It’s not that resistance training isn’t good for you; it’s just not very good at burning fat.”