In part two of this series, fitness expert James Fell talks about helping one woman achieve an award-winning body 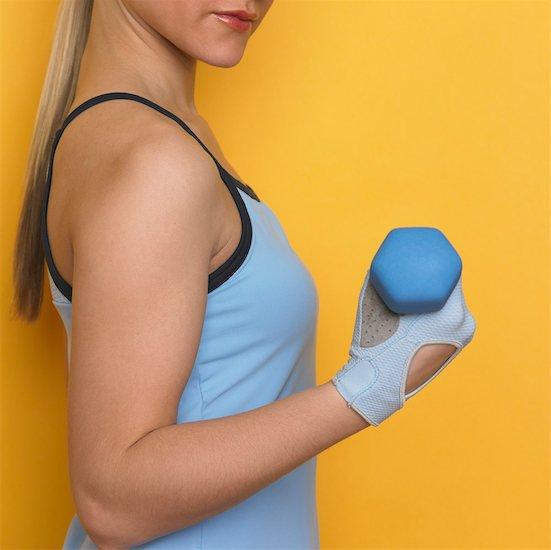 In Part 1 I introduced you to Patricia and how she had only five weeks until the Gemini Awards and a snug black dress with her name on it.

Now I’ll introduce you to her program and how she accomplished as much as possible in such a short period of time.

Because she already had a decent base of fitness to start with and she was highly motivated, we pushed it. Hard. I don’t really advise this in most cases. As I mentioned before, Patricia is special.

The diet
Patricia already ate well so I just gave her basic advice to keep calories at a low enough level to keep healthy, energized, and not go into metabolic slowdown so she could still allow for significant weight loss in the time we had. I told her to pay attention to the following four points:

The aerobic training
This was all about creating as large a caloric deficit as reasonable in five weeks to encourage fat loss. Patricia ran, swam, did cycling classes, walked, and generally tried to move as much as possible six days a week to keep her metabolism revved up and burning extra calories. I told her to mix it up a lot to prevent repetitive strain injuries.

The weights
Patricia’s belly blasting was coming from fat loss, but we also wanted to shape up and strengthen her muscles as much as possible and tighten up this mother of two’s midsection, so I put together an introductory program that I thought she could handle and get the maximum results in five weeks.

She had some experience with weights, but it had been with light weights at high reps; it was time to change that. We wanted to make the muscles stronger and more shapely, and that meant working in the six to 12 repetition range, where she’d be lifting as much weight as she could for anywhere from six to 12 reps.

After a comprehensive consultation, I put her on three-day split that focused on large muscle groups:
1. Monday: Back, biceps and midsection. These are the upper-body “pulling” exercises where you pull weight in towards your body. Most of the focus was on back exercises, including lat pulldowns, seated rows and upright rows, because focusing on large muscles is what transforms a physique and creates more functional strength. We spent much less time directly on her biceps, curling dumbbells and a barbell. Because this session takes the least amount of time, I also got her working her midsection with large twisting movements like the wood chop and side chop.
2. Wednesday: Legs. Most of Patricia’s workout was focused on squats to train all the large muscles in her legs at once. Then she did lunges, quad extensions, hamstring curls, and calf raises.
3. Friday: Chest, shoulders and triceps. These are the upper body “pushing” exercises, where everything involves pushing weight away from the body. Again, most of the exercises were focussed on the chest, which means the shoulders and triceps were also getting worked. Patricia’s program included dumbbell bench press, barbell bench press and machine bench press in that order. Then she finished with lateral raises for shoulders and triceps pushdowns.

Again, working in the six to 12 rep range it was my intent to have her using as much weight as she could safely handle, but not in the first week because I didn’t want her to get injured. Instead I had her do 80 percent of max volume. That means if she felt she could do 10 repetitions, I only wanted her to do eight.

My intention was to have week two be at 90 percent of max volume, but Patricia was completely lacking in soreness (we were after “good pain,” not bad), and she said she was ready to go to “failure.”

Going to failure means doing as many repetitions of a weight as you can while maintaining good technique. The instant your technique starts to wobble or you have to cheat to move it, you’re finished that set. On week two she was already going to failure, and she still wasn’t sore.

What was with this woman? I was starting to think she might be some kind of super-human mutant created in a government lab. It turns out that she grew up a farm girl throwing bales of hay and hauling large jugs of milk, and that made her tough.

Week three she started to find her weight-lifting bliss. I saw it happen, and it was awesome. She was growing in confidence with weights each day, and then she was doing lateral raises and I could tell she was focused, intense, and really pushing it.

“I can’t believe how much I love lifting weights like this!” she said. Patricia was starting to adopt a hardcore mentality, and she was getting some of that “good pain” soreness afterwards. Also, much to my surprise, her muscles were becoming more shapely.

I didn’t expect this because during the beginning weeks increased strength comes more from improved neuro-muscular connections, and I wasn’t expecting to see visible results so soon, but once again, Patricia surprised me.

The results
The combination of caloric restriction, aerobic training, and intense weightlifting really did a number of Patricia’s body considering it was only five short weeks. See for yourself. 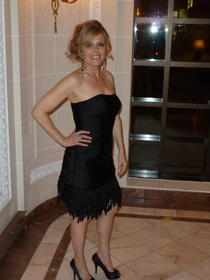 We had set an ambitious goal of losing the last seven pounds in five weeks, and that’s exactly what she achieved. She also dropped from a size 6 to a size 2! Unfortunately, Patricia didn’t win the Gemini, but she did get her award-winning body from all her hard work, and that deserves congratulations.