Shorter workouts are better for your health

Can’t spare an hour to exercise? Aim for a 30-minute walk instead. 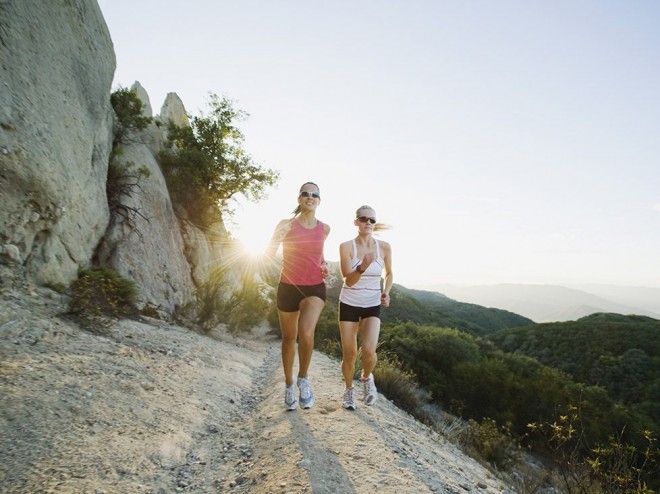 You heard that right: Shorter is better. Researchers at the University of Copenhagen found that one hour of exercise wasn’t any more effective for weight loss than a 30-minute power session — at least in their 2013 study of sedentary young men. Shorter workouts also put less strain on the cardiovascular system, according to a 2012 report in the journal Heart. And a 2014 study found that people with Type 2 diabetes benefitted more from interval walking than continuous walking. “You’re also more likely to exercise and stick to it when it takes less time,” says Larry Track, founder of Track Fitness in Toronto, one of the many fitness centres across the country capitalizing on the trend. Walking may just be the ticket. Thirty minutes a day goes a long way to reduce and treat chronic illness, says the U.S. surgeon general.

What should an intense 30-minute walk feel like? “If you’re not breathing heavily or you can carry on a conversation, you’re not working hard enough,” says Lee Scott, founder of WOW Power Walking. On a scale of one to 10 (one is easy, 10 totally exhausting), aim for a rating of six to eight for most of the walk.

To hit this intensity, warm up for about five minutes at a slower pace. Once you hit your stride, don’t stop. “You need 30 continuous minutes to get all the health benefits,” says Scott. Here are four ways to put some extra pep in your step so you can really make that half-hour count.

1. Pump your arms: A few tweaks to your walking technique can boost the number of calories you burn. “The best thing you can do is bend your elbows into a running position and pick up the pace,” says Scott. Then aim for short, quick steps (they make you move faster). Finally, keep your chin up and eyes focused in front of you (not at the ground). People have a tendency to look down, especially when they’re going up a hill, but that only slows you down.

2. Set mini destination goals: Track your intensity by walking one or two city blocks at a fast speed, followed by one block at a recovery speed. Continue alternating speeds until you eliminate the slower intervals. Challenge yourself by walking in one direction for 15 minutes; then turn around and try to make it back to the same spot in 10.

3. Add some hill training: Inclines are one of the easiest ways to boost intensity. “The hill doesn’t have to be steep,” says Scott. Walking up and down even a mild slope increases the difficulty — and turns your walk into a killer glute workout.

4. Toss in a circuit (or two): Alternate five-minute bursts of walking with lunges, push-ups and squats. You don’t need any equipment for these basic moves, and they’re a great way to add a strength-training twist to any walking workout.