3 proven ways to push yourself to get active again

Nobody thinks they have time to work out — here's how get yourself psyched up to get back at it. 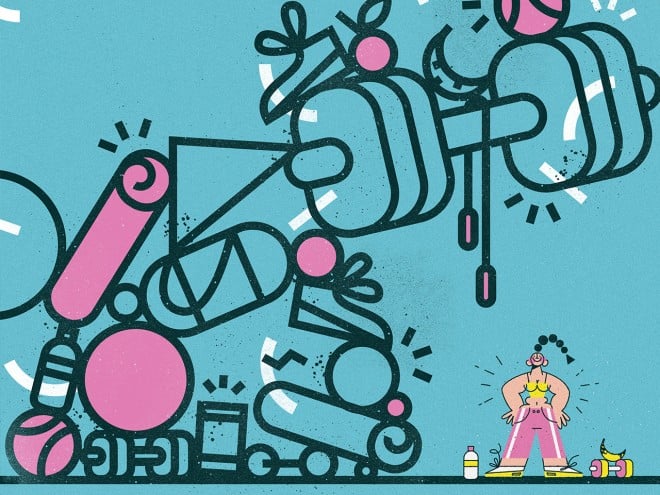 We all know we should work up a sweat — there’s a mountain of evidence that tells us regular exercise does wonders for your brain, your heart and your mood. So why do only 20 per cent of Canadians get the recommended 150 minutes of exercise a week? That’s just over 20 minutes a day.

The truth is, most of us do want to work out, says Ryan Rhodes, a professor at the University of Victoria who studies exercise psychology. He’s been examining the gap between good intentions and actual follow-through for 16 years. So what’s the best way to bridge the divide?

First, you need to think about what will motivate you and be realistic about how long it will take to reach your goals, Rhodes says. There are plenty of reasons to exercise connecting them to the activity itself is key to staying motivated. If your overall goal is fitness, recognize you can’t pat yourself on the back after one or two gym visits. “Accept that it’s going to take a while,” says Rhodes, and draw your motivation from that fact.

Second, Rhodes suggests being honest — brutally honest — with yourself about your priorities. You’re ultimately accountable to yourself, he says, so the classic excuse “I don’t have time” really means you don’t want to make time. That might sound harsh, but if we don’t separate fact from comforting fiction, we aren’t going to get past the mental games we play with ourselves.

And, finally, understand that unless you want to wind up in this same spot a year from now, you’re making a commitment to live differently from this point on — which includes having exercise become not just a chore but a reflex. While there’s disagreement in the research community over whether working out can become an actual habit — a rote activity that is just part of your life, like your commuting — the more you exercise, Rhodes says, the less you’ll have to psych yourself up to do it.