A look at women's second-tier financial status and why it's harder for us to gain independence. 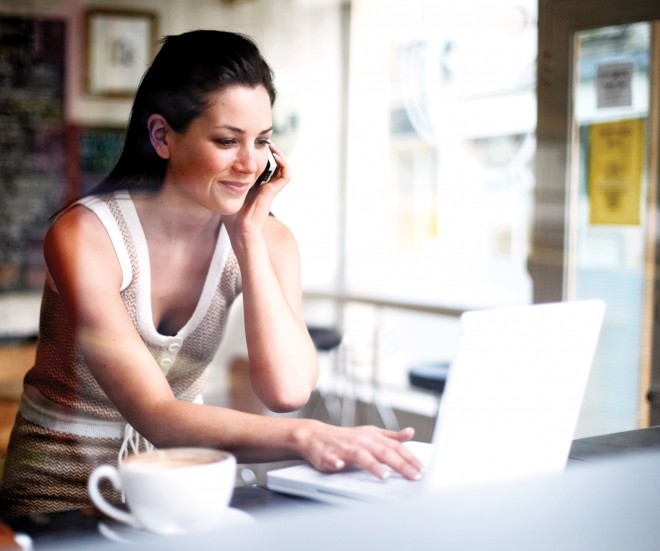 A lot of women feel guilty about their spending. For decades, we’ve been told that our near-daily indulgences — that tempting latte, the new dress for a wedding or the takeout when we’re too tired to make dinner — have been the undoing of our financial lives. But in her new book, Pound Foolish: Exposing the Dark Side of the Personal Finance Industry, Helaine Olen offers another explanation. Here, we talk about how women still have a disproportionately tough time economically and why that latte isn’t the point.

Q: Which lie perpetrated by the financial services industry harms women the most?
A: I don’t know that I would single one thing out. The major problem women face isn’t really the fault of the financial services industry: we earn less, have more responsibilities and live longer. Where the financial services industry comes in is that, under the guise of empowering them, they still see women as not quite equal partners. Think of the language they use, like “We’ll help you with your money” and “Give us your burden.” Women are positioned as needing help with money, and they have been seen that way for many, many years. Men have the opposite problem: they’re encouraged to stupidly trade stocks and options. But they’re at least presumed competent.

Q: Do you think women have a relationship to money unique from men?
A: No, I really don’t. I think that’s something we tell ourselves to make us feel better about our second tier status. I think that, until very recently, women were discouraged from even showing interest in these things. To the extent that we see differences, women trade less and are more sensible. But it might not be a sign of a real difference; it could be that women have lesser financial lives and react accordingly. The differences are usually vastly exaggerated, and it’s more likely because of stereotyped ideas about money.

Q: That’s very interesting. Admittedly, most of my knowledge about this is anecdotal but I would say that the women I know express more remorse over their spending than the men.
A: Right. But it’s all false because men actually spend more than women — on liquor, cars, electronics. Surveys show men are easier online marks, more impulsive and they buy Groupons for luxuries rather than necessities. Research has shown they spend $11 more a day than women, yet somehow they don’t see themselves as spendthrift because they’re not told they are. It comes from a very sexist basis.

Q: But the financial services industry has been quite keen to identify every possible saver and investor; has this resulted in any form of empowerment for women and their finances?
A: Getting anyone to talk about their money is empowering. And once upon a time, they didn’t even want to see women knock on their doors, so being seen as customers is an improvement. But you do have to wonder about the messages being promoted.

Q: When we look at our relationship with money — why we spend too much, save too little — we often blame ourselves. How does this miss the point?
A: The broader point — and I’m not blaming people for missing it because we’re all trying to live our daily lives — is that salaries have been stagnating for 30 years, our net worth plunged from 2006 to 2010 by 40 percent, and the picture is one of serious under- and unemployment, age discrimination and higher prices for education, healthcare and housing. Retirement pensions have become a thing of the past. But you don’t think about it on a daily basis; you just think that your cheque isn’t going very far.

Q: In your research, did you come across any websites or individuals you consider to be particularly helpful resources?
A: I’m a huge fan of my mentor, Liz Weston. She’s amazing. I also urge people, if they want to learn how other people live, to try a great online game called Spent. You play a low-income person trying to get to the end of the month on a minimum-wage job. It gives meaning to the idea of walking in someone else’s shoes, and it’s very eye-opening.