What’s happening to me? As he walks by, I glance—at first out of the corner out of my eye. 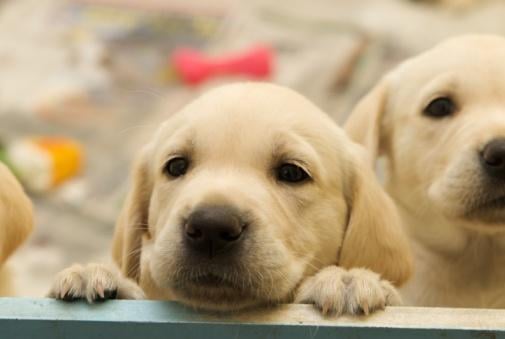 What’s happening to me? As he walks by, I first glance out of the corner out of my eye, but then soon, I’m all out gawking at his confident saunter. Sometimes I even turn around just to see where he’s headed, or maybe what street he lives on.

Lustful, extra-marital glances? Hardly. More like intra-species gawking. I can’t keep my eyes off a dog.

Yup, a dog. Now, those who know me may be surprised because, well, I’m not known for being a dog-lovin’ kind of girl. I’ll politely pat a dog’s head, maybe even let them have a jump up on me. But lately, something’s been going on. I’ve been noticing more dogs head down the street and I’m looking at what type of dog they are or wondering about their personality. And if it’s one of those little puppies, the kind that walk almost on an angle like they’re just about to tip over, or are pulling so hard on their owner’s leash because they don’t know how not to yet, well, that might even stir up an “Oooh, he’s so cute! How old is he?” I’ve been talking to friends with pups in the house, asking how’s it going? How did they pick what kind of dog they wanted? How long did it take? I even casually mentioned to a friend this summer that we’ll likely get a dog in the near future. Somehow just saying it out loud made it more real, like it firmed up our decision a bit.

So when I see studies like this one that notes that children growing up with a dog in the house (when they were under the age of one) were less likely to develop skin conditions of eczema, I think ‘Hurray!’ Yet another reason we should make the foray into pet ownership. (Well, let’s say a more committed ownership given that our 2.5 year old Betta fish Goldie just died, to the heartbreak of my little five year old.) Okay, even though the study only examined children who had a pet starting from infancy and my kiddos are 2 and 5, who cares—it’s another checkmark in the pro column to bring Fido into our home!

Now that I think about it, this all feels very familiar…it’s the kind of subconscious scouting I did back when my husband and I decided we’d try to start a family. Suddenly I saw pregnant women everywhere. I saw little babies everywhere. I set aside the we-don’t-talk-to-strangers-position that comes with urban living and started asking women—do you like that stroller? What kind of car seat do you have? Oooh, he’s so cute, how old is he? Two kids later, while we’re constantly challenged with our breathlessly busy family life, we’re also constantly thrilled with it.

Wait…is that why this is happening to me? Is it because my two-year-old once cuddly boy is soon approaching three and that the cuddles are being replaced with intricate car games or rocket ship rides? We’re pretty happy with our family of four people, but maybe do I need to have something to cuddle in my arms again? But what about all those trips to Europe we want to take? Can I handle the sleepless nights that come with a young pup? I guess it’s something for me to mull over while I longingly watch those four-legged wonders jump around in the park.