Despite recent reports of serious side effects, there is no concrete evidence that the HPV vaccine is the cause. In fact, the medical community still stands strongly behind it. 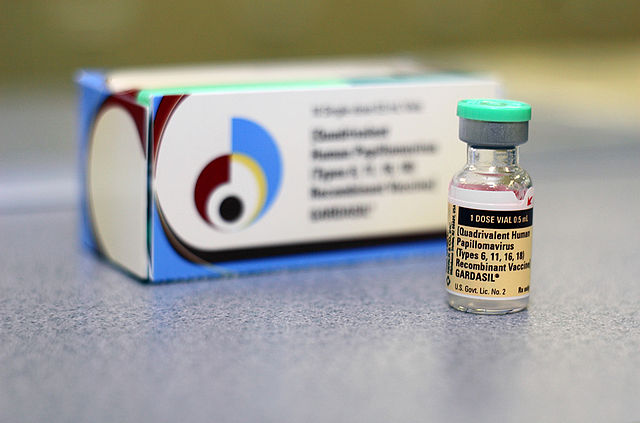 Today the Toronto Star released a story on the “dark side” of Gardasil, a vaccine given between the ages of nine and 26 (most commonly to girls and women) to protect against human papillomavirus (HPV), the most common sexually transmitted infection in the world, with some of its strains leading to cervical cancer. The Star found 60 cases where Canadian women experienced serious health issues after receiving the vaccine. Scary stuff. However, there is no evidence that Gardasil caused these conditions, and Health Canada and the Society of Obstetricians and Gynaecologists of Canada have stated that the vaccine is safe and effective. In fact, when Health Canada first approved its use, the president of the Society of Gynecologic Oncologists of Canada (GOC) called it “a great medical milestone in the fight against cancer.”

The FDA is also on board: “This vaccine is an important cervical cancer prevention tool that will potentially benefit the health of millions of women,” it says. Gardasil is approved for use in more than 100 countries and more than 40 million doses have been distributed worldwide. Last year, researchers found a 61 percent decrease in genital warts in women ages 26 and younger after the the introduction of a national HPV-vaccination program in Australia.

In North America, today’s Star article is just the latest development in the conversation about the vaccine. Here, a look back at the others.

Summer 2006: Gardasil is approved by Health Canada for girls and women aged nine to 26.

March 2007: The Canadian Federal Government announces a $300-million allocation for the national vaccination of girls.

2008: Canadian provinces start rolling out publicly funded, voluntary Gardasil vaccinations within schools, upsetting Catholic school boards. “A school-based approach to vaccination sends a message that early sexual intercourse is allowed, as long as one uses protection,” says a letter written by bishops to Calgary parents with children enrolled in the Catholic school board. The board bans the vaccine from its schools; other Catholic school boards across the country follow suit.

Late 2008: The Centers for Disease Control (CDC) in the U.S. receives 32 reports of deaths linked to Gardasil. After a safety review, the CDC states that “there was not a common pattern to the deaths that would suggest they were caused by the vaccine. In the majority of cases with available autopsy, death certificate and medical records, the cause of death was explained by factors other than the vaccine.” The CDC adds, “Given the large number of doses distributed, it is expected that, by chance alone, serious adverse events and some deaths will be reported in this large population during the time period following vaccinations.”

April 2011: Health Canada extends the approval for women up to 45.

September 2011: During a Republican party debate, candidate Michele Bachmann voices concern about the safety of the vaccine, citing a mother who claims her daughter experienced cognitive decline after vaccination. The CDC announces that while complications have been reported in people who have had the vaccine, there is no evidence to support a link between the vaccine and the adverse health issues.

November 2012: In-school vaccination is re-instated in Calgary Catholic schools after four years of vigorous campaigning by medical professionals and parents.

February 2015: The Toronto Star finds 60 cases of young Canadian women who have experienced serious health issues — including one death and debilitating joint pain — in the days after receiving a dose of Gardasil. The Star points out that in each of the cases, “it is the opinion of a patient or doctor that a particular drug has caused a side effect. There is no conclusive evidence showing the vaccine caused a death or illness.”