Does sexism make me happy?

When I go out on a first date with someone new, one of the inevitable questions my friends will ask is "Did he pay?" If I say yes, they usually nod approvingly. If I say no, that we split the bill, they also nod — but it's usually a little more hesitant and accompanied by pursed lips. "Hmmm..." they appear to be thinking, "that's a bad sign." 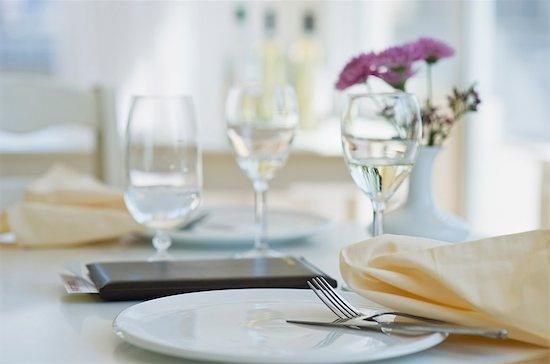 When I go out on a first date with someone new, one of the inevitable questions my friends will ask is “Did he pay?” If I say yes, they usually nod approvingly. If I say no, that we split the bill, they also nod — but it’s usually a little more hesitant and accompanied by pursed lips. “Hmmm…” they appear to be thinking, “that’s a bad sign.” But even though I have long been financially independent and believe that men and women should strive for equality in all areas of life, there’s a small part of me that believes that, too. He didn’t at least offer to pay for my drinks? Bad sign. Not because I need for a dude to buy me a drink, but because there’s some unwritten, no-doubt-outdated underlying dating premise there: If he likes you, he’ll offer to pay.

But according to a new study reported by Adriana Barton in the Globe and Mail — “Chivalry isn’t dead. It’s just terribly sexist” — “enlightened men” are now going out of their way to avoid the appearance of “benevolent sexism,” which can be perceived as a throwback (or continuation of) old-school patriarchy.

To quote Barton: “Based on the report, published in Psychology of Women Quarterly, enlightened men should avoid the following:

1. Offering to help a woman carry shopping bags (implies she’s weak)
2. Insisting on driving her home (implies she can’t look after her own safety)
3. Assuming she wants help buying a laptop (implies she’s clueless with technology)
4. Complimenting a woman on her cooking (reinforces the idea that cooking is a woman’s job)”

I read this and suddenly felt extremely old fashioned. I love it when a dude I’m dating notices that I’m struggling with something — whether it’s shopping bags or luggage or a pile of books — and offers to help. I love it when a guy drives or walks me home and actually does appear to demonstrate concern for my well being. I really prefer a man who cooks, but if I spend a couple of hours planning and making him something for dinner then he really ought to express some appreciation — just as I would for his efforts. And as for laptops? I do kind of wish that almost every ex-boyfriend of mine hadn’t programmed something into my computer (“You’ll love it!”) that I don’t really understand or have any interest in understanding, but I get the impetus behind it; they’re trying to be helpful.

I would be furious it if I found out that a male colleague was making more money than me to do the same job, but I wouldn’t be bothered if that same guy offered to hold a door open for me. Do these little niceties — the door opening, the drink buying, the compliments — that make me happy mean that I’m hopelessly trapped in some bizarre time warp? Or is it just nice when anyone you have a relationship with does something in an effort to make you happy? I’ve definitely had lady friends pay for my drinks or coffee. They’ve made me dinner and eaten the food I’ve prepared, they’ve driven me home or walked me to the door or we’ve synchronized our departures from a party to make sure neither of us has to walk alone, they’ve helped me move or given me advice on home repairs and new appliances or electronics — and none of it was politicized.

At the end of Barton’s piece, she quotes a columnist from the Sunday Telegraph, Jenny McCartney, who says that feminists have better things to worry about than who’s holding the door. We still have to address the big picture horrors of female circumcision, human trafficking, child marriage and rape (among so many other issues). I’m inclined to agree. But should I be worrying that chivalry is just a gentler form of implied sexism that contributes to and exacerbates the problems of women around the world? Or should we just take gestures of kindness where we can get them?