Does all this sitting ruin my running?

Running and I have been on a break. See, we’ve been seeing each other for more than 10 years in a lukewarm, dependant, familiar relationship, one that’s marked by periods of heavy infatuation and later followed by an angry breakup and swearing I’d never run again. 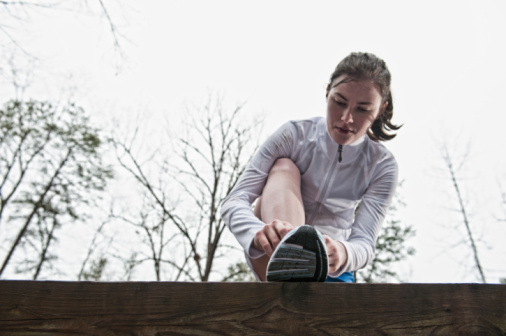 Running and I have been on a break. See, we’ve been seeing each other for more than 10 years in a lukewarm, dependant, familiar relationship, one that’s marked by periods of heavy infatuation and later followed by an angry breakup and swearing I’d never run again. But in the end, I went back every time. After all, it was always there after I’d had my fun with a dance class, a few sessions of spinning or an intense affair with weight training. Running was waiting to welcome me back, no questions asked.

But earlier this fall, I just got too busy. Scheduling runs before a vacation and busy work periods got to be too much effort and not very much fun, so once again, we drifted apart. That was more than a month ago, and this week, I felt the urge to pull on my Asics and head out the front door with Katy Perry blasting my ears. The run was short and sweaty and left me a little exhilarated and so the next day, I ran again. Our break up was over it seemed.

So coming across this study from the Atlanta-based American Cancer Society, which notes that the amount of time we sit could minimize all that effort we put into our exercise, well, I was a little concerned. I’m hunched over my computer for a good chunk of the day every day, so would this backtrack all those runs I squeeze in? In a bit of panic, I called Maureen Hagan, a fitness pro and vice-president of operations for the London, Ont.-based GoodLife Fitness Clubs chain and asked, what’s a person to do about this? Sure enough, she calmed me down with some clever advice about putting your body to work while you’re sitting to boost your fitness.

First of all, Hagan suggests practising good posture at home in front of a mirror: so pulling your chin in, setting your shoulders back and imagining your belly button kissing your spine (to work those abdominal muscles) and holding a lotto ticket between your, er, butt cheeks (to work those tush muscles). It seems practising at home first gets you used to the feeling and is the start of forming a healthy habit.

But between pings and tweets, how can we remember to do this? “Take some Post-it Notes and put a smiley face on the Post-it and stick those all around the house, in your car and in your office,” she says. “So every time you see that smiley face, it reminds your brain to power up your posture. And it works—it’s a habit-forming technique that’s a fun and positive way to remind you to work on your fitness.” And if you’re just plain old stuck at your desk all day with no movement at all, set an alarm for every 30 minutes to get up, reset your posture and sit back down. “It takes 10 seconds and it saves your back, your health and your energy levels,” she says.

But don’t worry running…this newfound interest in posture preservation won’t affect us.  We’re reunited and it feels so good.