Do you need a sleep vacation?

I usually like to plan my vacations for somewhere warm and sunny, but all of a sudden London, England is looking awfully appealing, thanks to news of a new hotel package in the city that's devoted to sleep. 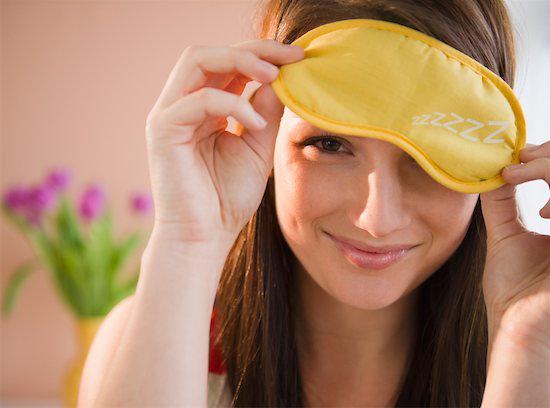 I usually like to plan my vacations for somewhere warm and sunny, but all of a sudden London, England is looking awfully appealing, thanks to news of a new hotel package in the city that’s devoted to sleep.

The Milestone Hotel in Kensington is now offering a Sound Sleep Experience package, designed for people who could really use a good night’s rest. (And who have a few quid to throw at the problem.) Guests who sign up for the package get an hour-long consultation with a “deep sleep coach” who will create a personalised sleep plan based on your specific needs. You also get a spa treatment, a gift package designed towards getting a good night’s rest and, of course, a hotel room in which to put all your new slumber-related knowledge to test. If you can sleep well after paying the nightly fee of $1,500, well, you may not be an insomniac after all.

A night at the Milestone may be a luxury, but a good night’s sleep shouldn’t be. Unfortunately, that’s just what it is for many of us — almost a quarter of the respondents to the latest American Insomnia Study were estimated to be insomniacs, and the resulting lost productivity costs the United States $63 billion every year. Canadians aren’t resting easy either — in a 2002 survey, 18 percent of us reported getting just five hours of sleep, or less, each night.

The consequences of lost sleep aren’t just financial. A new study, released at the end of August, found a connection between a lack of deep sleep and high blood pressure. Previous research has connected poor sleep to weight gain, depression, poor immune response and diabetes. Some experts say that the prolonged effects of a lack of sleep, or low-quality sleep, could even lead to earlier death.

If you’re having trouble catching your Zs, Whole Living recommends decluttering your bedroom of things like work papers, piles of books and anything that could be making you anxious. Dietary choices can have an effect on your rest, particularly if you suffer from acid reflux. A gadget like a Zeo could help you figure out where your sleep issues lie — are you waking up too easily, or just never falling really deeply asleep? And see your doctor if you have symptoms like waking up frequently, daytime fatigue and choking or gasping while sleep — these could indicate sleep apnea, for which there are now effective treatments.